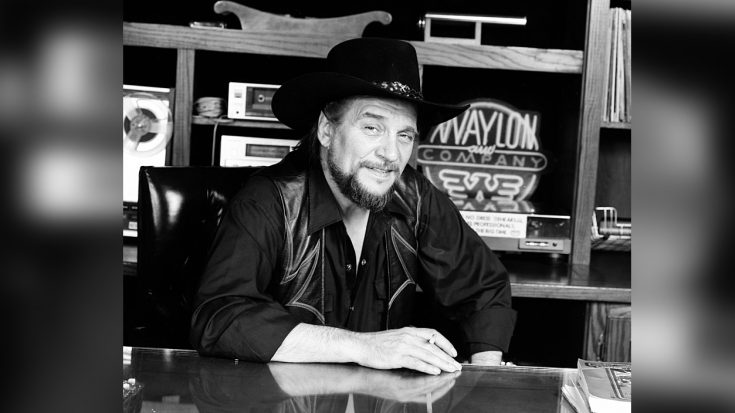 The Wild Stories Of Waylon’s Life

If any country outlaw artist lived an “outlaw” life, it was Waylon Jennings. While fans couldn’t get enough of his rockin’ songs about rowdy times and rebellious adventures, few realized that parts of those tracks were inspired by the singer’s real life.

One of the most notable examples is his Top Ten hit from 1978, “Don’t You Think This Outlaw Bit’s Done Got Out of Hand.” The song was inspired by a time when the DEA came to Jennings’ studio and ended up arresting him.

But some of Jennings’ wildest life stories never made it into song. Instead, they were left for him to share as he seemed fit, and he shared a good number of them in his autobiography.

Of course, there aren’t as many country fans who have poured through the pages of Waylon: An Autobiography as there are people who have listened to songs like “Outlaw Bit.” So the tales that Jennings had to share within his book are ones that aren’t as well-known.

Out of all the crazy stories that fill the pages of Jennings’ autobiography, one jumps out. And it’s a story that describes what may be the most ridiculous “outlaw” thing to ever happen.

It’s Waylon’s Way Or The Highway

Jennings was notorious for making sure he got his way, or else. If circumstances weren’t set up exactly as he wanted them, he made his displeasure crystal clear.

One of the most famous examples of this was when he left the set of Tom Snyder’s Late Late Show and left Synder scrambling to fill air time. Jennings had grown frustrated when the previous guest’s segment cut into his own, and decided he’d rather not appear on the show at all.

It’s obvious Jennings wasn’t afraid of upsetting people to get what he wanted. He especially wasn’t scared of record label folks, not even when they were waving his contract in his face.

This sets the scene for the story we wanted to share with y’all. Jennings details the whole thing in his autobiography, and it’s almost too ridiculous to believe.

What Waylon Wants, He Gets

It all started when Jennings met with some folks from the record label RCA. He was working with them on negotiating his contract when a bit of a riff emerged.

You see, Jennings passionately felt that he was deserving of an additional $25,000 in his contract. However, the RCA folks didn’t want to cough up the dough.

Silence eventually fell over the room, with Jennings saying it eventually became “unbearable.” He tried to break the ice by commenting on a bowl of peanuts on the table, to no avail.

After a few more minutes of quiet, Jennings decided he had enough. He got up and left to go to the bathroom.

The Costly Trip To The Porcelain Throne

When he walked out of the john, he was greeted by his lawyer Neil Reshen, who was beside himself with excitement.

“I rose up, never said a word, walked out. I went to the bathroom to take a leak. When I came back, Neil greeted me in the hall. ‘You’re a f—–’genius,’ he said.”

It turns out, when Jennings left the room, the folks from RCA thought he left because he was mad. Not wanting to lose out on having him as an artist, they decided to cave in and give him the $25K he had asked for.

Reshen surprised Jennings with this news in the hall, saying, “That’s a twenty-five-thousand-dollar p—“

It seriously sounds too wild to believe, doesn’t it? But that was Jennings’ life, one wild event after the next.

Reading up on stories like these, it’s no surprise why Jennings continues to capture the imagination of country fans around the world. His life was almost bigger than the man, becoming the source of often-told stories of country music’s wild days.

And no one was better at sharing those stories than Jennings himself.