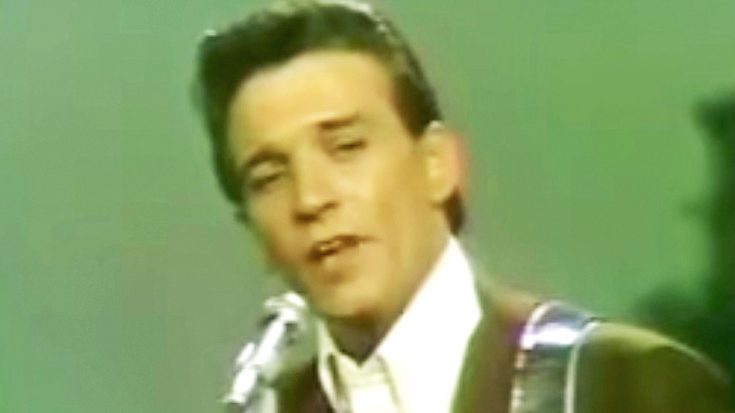 Although Mel Tillis scored a hit with a song titled “Your Body Is an Outlaw,” the word “outlaw” is one we would never apply to his music.

But contrary to popular knowledge, Tillis once wrote a song that a major outlaw country singer turned into a Top 20 hit.

The song was “Mental Revenge,” and the outlaw singer was Waylon Jennings. Both Tillis and Jennings had been active in the industry since 1958, and both were experiencing a spark in their careers in 1968.

Written entirely by Tillis, the song is told from the perspective of a man who has just been left by the woman he loves. She has taken off with a new lover, which is something that obviously pains the narrator.

Since his girl is long gone, the narrator decides to get “mental revenge” on her for leaving him. He goes so far as to wish her new lover ill will, singing “Well, I hope that the train from Caribou Maine runs over your new love affair.”

Just reading those lyrics, you can definitely tell that “Mental Revenge” is song fit for an outlaw like Jennings.

That’s made all the more clear in the performance we’ve included for you to watch below.

This performance dates back to 1966, an entire year before “Mental Revenge” was released as a single and two years before it appeared on Jewels. The performance shows a young, clean-shaven Jennings singing on the set of a television show.

Although Jennings looks nearly unrecognizable in comparison to how he’d appear just a few short years later, his voice is exactly the same. Seriously, there’s no mistaking that voice for anyone else’s in the entire world!

Muhammad Ali hanging out with Waylon Jennings should satisfy your badass quotient for the month. pic.twitter.com/4niksZaJ4H

Jennings managed to take “Mental Revenge” to the 12th spot on the chart once he released it as a single. Tillis had previously released his version in 1966, but with little luck. After Jennings was so successful with it, Tillis decided to re-release the song in 1976.

That decision paid off, because it reached the 15th spot on the chart.

Now tune in to Jennings’ old performance of “Mental Revenge” below to get the full picture of how these two country legends’ talents came together to create a big hit!