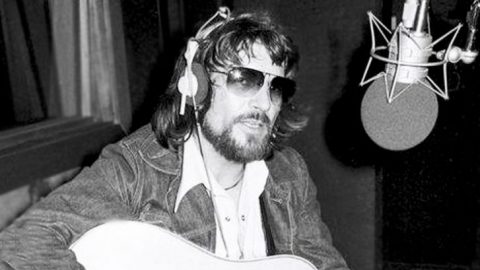 The History Of Tanya’s Signature Song

“Delta Dawn” is one of the most iconic country songs of all time. While it is known today as Tanya Tucker‘s signature song, “Delta Dawn” has an extensive history that few people have any clue about.

Former child rockabilly star Larry Collins and songwriter Alex Harvey wrote “Delta Dawn” together, and Harvey was the first to record it. Harvey’s two backup singers Dianne Davidson and Tracy Nelson each did a cover of “Delta Dawn,” and Bette Midler started including it in her sets.

She later recorded it for her debut studio album The Divine Miss M.

The song finally fell into Tucker’s hands, and was released by her in May 1972. Remarkably, Tucker was only 13 years old when she recorded and released “Delta Dawn.”

Her version peaked at the sixth spot on the country chart, and led to a string of even more covers from artists such as The Statler Brothers and Scott Walker.

What About Waylon’s Rendition?

Another artist who recorded “Delta Dawn” was the one and only Waylon Jennings. The track appeared on his 1972 album Ladies Love Outlaws, which also contained his Top 40 duet with his wife and fellow outlaw country singer Jessi Colter, called “Under Your Spell Again.”

Interestingly, Jennings never released his version of “Delta Dawn” as a single. If he did, we have no doubt that it would have been a big hit. Just wait until you hear it and you’ll know exactly what we mean!

Jennings’ rough, gruff voice is the perfect fit for the song, since it has such a dark undertone. He sounds suitably haunting on the verses, singing alone with the soft sound of the guitar behind him.

A Bit Of Gospel Flair

Each chorus in Jennings’ version of the song features an explosion of sound. Whenever the chorus pops up, a full choir jumps in and starts singing in the background. Jennings still managed to power his voice above theirs, singing “days gone by” in a chill-inducing manner.

The same gospel-like, inspirational style would work to the benefit of Australian singer Helen Reddy, who included choir-like elements in her recording. Her version of the song went on to reach number one on the country charts.

We could seriously listen to Jennings’ version of “Delta Dawn” over and over again. That’s how good it is!

Tune in to the clip below to hear the audio of Jennings singing “Delta Dawn.” We guarantee it will be the best thing you’ll hear today!