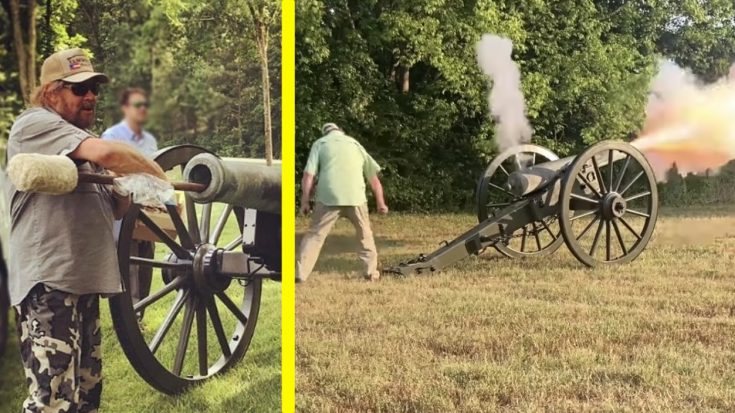 If there’s one thing we know, it’s that Hank Williams Jr. is unlike anyone else.

Hank Jr. is a huge history buff and especially enjoys memorabilia, artifacts, and relics from the Civil War. Because of this, and his incredible career, he’s been able to amass a giant collection of cannons, artillery, weapons, and other items that were used during that time period.

One of his favorite artifacts from the American Civil War are the rolling cannons they used. He enjoys them so much, in fact, that he has owned quite a few – and in 2016, it was widely reported that he had elected to sell one of his original Civil War cannons.

Known by collectors as the 12# Napoleon, this cannon featured the original 4.62-inch bore and has been said to be one of the most desirable cannons of the era.

For 2022’s 4th of July holiday, Hank Jr. decided to forgo the usual fireworks display and get a little “fired up” by blasting an original Civil War cannon. He also blasted the same cannon on his 70th birthday!

Sharing the new video on his social media pages, the caption read, “Hank doesn’t use fireworks on 4th of July. Original Civil War cannon. Grandkids and friends loved it.”

See the epic video below!