Want To Know Why Tim McGraw Is So Good Lookin’? Wait Until You See His Mama… 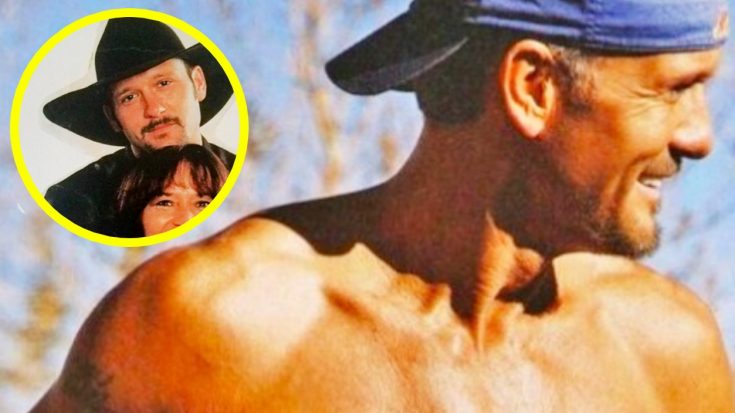 Strong Genes In The McGraw Clan

The genes are strong in the McGraw family!

Tim McGraw and Faith Hill have three daughters, Gracie, Maggie, and Audrey. While the country power couple shielded their girls from the spotlight in earlier years, they have slowly let them step out into the public eye.

Gracie and Maggie are now adults in college, while Audrey is now 17 and soon to leave the nest as well.

As the girls have grown, it has become more and more obvious that they’ve inherited their parents’ good looks. Take a look at a few of their photos below to see…starting with Gracie, then Maggie, then Audrey.

On this day, 21 years ago, Tim and I learned for the first time what it meant to love someone so much that our hearts would explode. That precious baby girl has now grown into the most stunning young woman. She is joy, she is strength, she is true, she is loyal, she is sunshine, she is fierce, she is art, she is still our baby girl. The laughs I have shared with this child!!!!! So much fun!! Happy 21st Birthday to our daughter, Gracie??? We love you so much!!!

Where Do Those Good Looks Come From?

It’s no surprise why Tim and Faith had such gorgeous girls…they’re both pretty good lookin’ themselves! In fact, both are often hailed as some of country music’s biggest heartthrobs, a status they’ve held since they first came on the scene.

Back when Blake Shelton was named People‘s “Sexiest Man Alive” in 2017, the hosts of the Ty, Kelly, & Chuck radio show had Tim read fan tweets about why he was deserving of the title. And they had no shortage of tweets to choose from!

So where exactly did Tim get his good genes? Let’s look into that…

You’ve likely seen Tim’s father Tug before, as he was a famous pitcher for the MLB. Tim didn’t get to know his father until later in life, but once they reconnected, they developed a strong bond that only grew stronger until Tug passed away in 2004.

Can you see the similarities between the two of them? It looks like they have the same nose!

Spitting Image Of His Mama

But as much as Tim looks like his dad, we feel like his looks pattern after his mother’s even more.

Tim’s mama Betty is someone you likely haven’t seen before, so you probably never realized where Tim got his good genes from. Well, he recently shared an old photo of her in celebration of her 71st birthday, and it proves once and for all that Tim’s good looks not only come from his dad, but his mom as well!

Just take a look at the photo below and see for yourself.

Happy birthday to my incredible mama! We all love you!

After seeing that snapshot, there’s no denying that Tim is his mama’s spitting image…they have the same eyes, same skin tone, and same warm smile!

While Tim can partially thank his good genes for his appearance, he also works hard to maintain his looks and fit body. He recently revealed his plans to release a book about his health journey, which details the struggles he went through in order to become fit and healthy.

You can get an insider’s look into how Tim maintains his physique by watching him exercise in the video below. He works hard to look as good as he does!