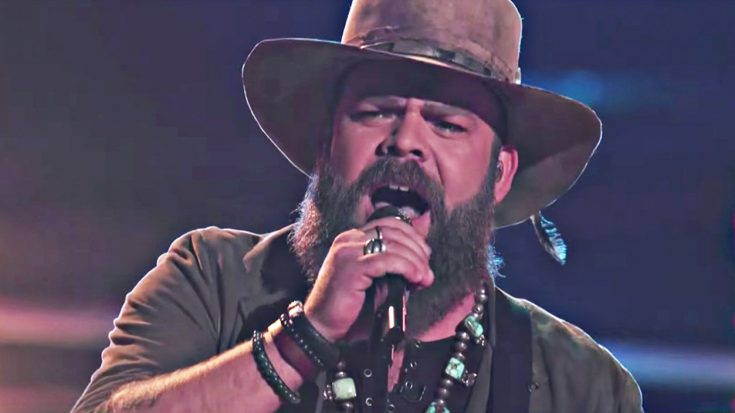 After having to fight for his chance to stay in the competition for three weeks in a row, this dazzling Voice contestant pulls out all the stops with a cover of one of the biggest songs of the 90s.

Paying homage to Travis Tritt and his unforgettable song “Here’s a Quarter,” Adam Cunningham delivers a rousing rendition for an Instant Save performance – but even with all his wild and thrilling performances, it wouldn’t be enough to save him.

Representing Team Adam as a rare country contestant, Cunningham has found himself battling for his life in the last three weeks of the competition, and many fans have been pulling for him – keeping him fighting and coming back each week. Sadly, even with one of the best performances we’ve seen in recent weeks, this one didn’t push him toward the top.

Tritt’s delightful 1991 country superhit was both written and recorded by him, becoming one of the biggest songs of the year, and charting at the number two spot on multiple charts internationally. The song tells a tale of a former lover who wants to return to the person she left, but he will not trust her because of how she’d conducted herself before. His wry response is to offer her a quarter for a pay phone so she can “call someone who cares.”

In this thrilling performance, Cunningham does right by Tritt and gives his hit song a musical salute that not many of the contestants would be able to. The rousing, riveting, and downright raucous show had everyone on their feet and left all four coaches with smiles.

Check out the full video of Adam Cunningham’s performance below and let us know if you think it was a mistake to send him home after this.