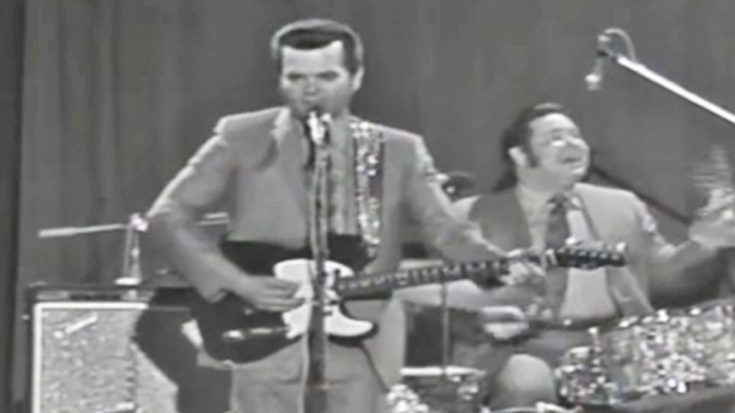 Country music fans simply cannot get enough of the late, great Hank Williams. He was taken from us after a short, but legendary career and is widely considered the King of Country Music. Many singers name him as a huge influence on their music. One of those singers, without a doubt, was Conway Twitty.

While Twitty became a legend in his own right, it’s no surprise that he respected Williams, who is one of the most significant and influential American singer-songwriters of the 20th century. One way he paid his respects was by covering one of Williams’ most well-known songs during a 1970 performance.

Right after Twitty began singing the fast-paced lyrics to Williams’ 1952 hit “Jambalaya,” the camera cut to a close-up of his coy smile, knowing that he surprised his audience with a rare treat!

It’s hard not to tap your toe or sway to the beat of “Jambalaya” and this version is no different. We bet Twitty and Williams are singing this song together right now.

Watch him sing “Jambalaya” below.