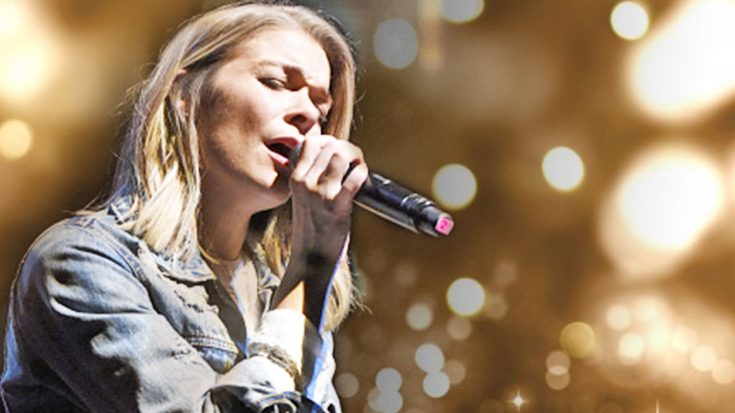 When one legend covers another, it is bound to be magical. But we never expected the flood of emotions that came along with LeAnn Rimes covering a heart-wrenching Dolly Parton classic…

Not All Holidays Are Jolly

While the holidays are typically associated with joy and time spent with loved ones, for some, the holiday season is filled with nothing but loneliness and dread.

“Hard Candy Christmas” was written by Carol Hall for The Best Little Whorehouse in Texas starring Parton. The song was originally recorded by Parton (in the role of Miss Mona) but re-recorded by the country singer alone for the feature film’s album, Parton’s version hitting number eight on Billboard’s Hot Country Songs.

Pouring out her love to fans with no one to go home to when the air turns to frost, LeAnn Rimes empathized with their lonely hearts through the tear-jerking Christmas tune. As part of her 2014 project, One Christmas: Chapter One, Rimes breaks hearts with a melancholy take on Dolly Parton‘s “Hard Candy Christmas.”

“Lord it’s like a hard candy Christmas
I’m barely getting through tomorrow
But still I won’t let
Sorrow get me way down.”

You can her Rimes’ rendition of “Hard Candy Christmas” below.