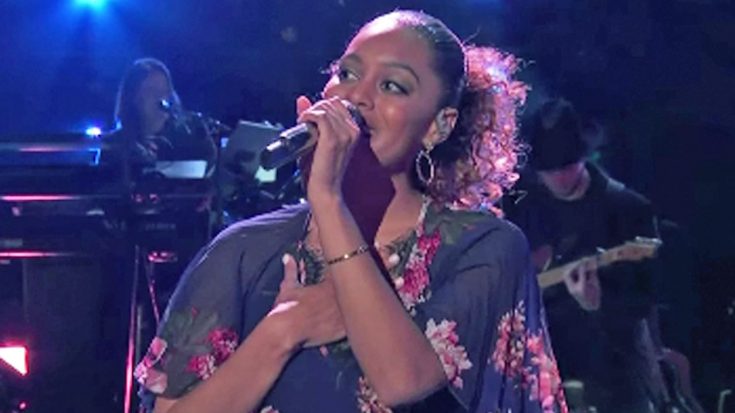 From the minute coach Blake Shelton turned his chair for Texas native Spensha Baker, you could tell that he was going to fight until the very end for her. She did perform a Beatles song, so that worried Shelton on his chances of getting her on his team, but when she revealed she wanted to pursue country, he knew he was back in the game.

She chose Shelton, surprising to the other three coaches, but it ended up being the right decision because he’s taken her all the way to the Live Playoffs, which began on Monday night (April 16).

To follow up her much talked-about Knockout Round performance of Chris Stapleton’s “Broken Halos,” Baker, a former gospel singer, took on Vince Gill‘s 1992 song “I Still Believe In You” for the Live Playoffs.

The Live Playoffs are between the Top 24 contestants left in the competition. Since The Voice airs three nights this week, they have scheduled things a little differently. Monday night (April 16), six artists from each team performed, and four were voted through by viewers to advance to the Top 12.

Tuesday night (April 17), the rest of Team Blake and Team Alicia will perform, and the remaining contestants from Team Kelly and Team Adam will perform Wednesday, with the viewers voting through four more artists. The coaches will have to choose the last four spots in the Top 12.

Baker’s teammate Kyla Jade received the most votes for Team Blake for her performance of “How Great Thou Art,” so she was put through to the Top 12, but Bake still has two more chances to advance on Wednesday! If you loved her performance make sure you vote for her!

She gave Gill’s song a very gospel feel and showed off her impressive vocal runs and we predict she will advance to the Top 12! What do you think? Watch her take on the classic “I Still Believe In You” below.