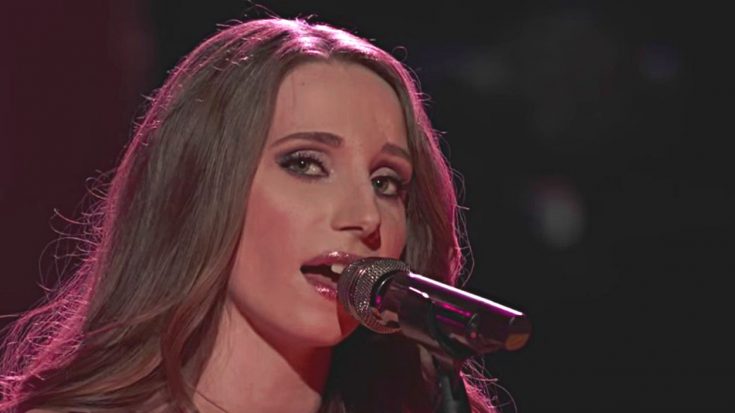 Week after week on Season 14 of The Voice, Team Adam’s Jackie Verna entertained us with one solid performance after the next. After listening to the young country songstress for several weeks, viewers developed a pretty good ear for the types of songs that suit her.

So when it was left up to the viewers to choose the songs the Top 11 contestants would be singing, they zeroed in on the perfect choice for Verna. The song they chose was “Strawberry Wine,” a beloved country favorite for decades.

Released in August 1996, “Strawberry Wine” was country artist Deana Carter‘s debut single. Written by Martraca Berg and Gary Harrison, the song is told through the voice of a young woman who is remembering a summer fling she had as a teenager.

Carter’s sweet, yet raw delivery drew listeners in to the song’s story. Soon, it was the number one country song in the nation, as it claimed the top spot on the Hot Country Songs chart.

The song’s popularity was so great, it also crossed over to pop. It managed to climb as high as the 65th spot on the all-gene Billboard Hot 100 chart…that’s quite a feat!

All of these years later, and “Strawberry Wine” remains a country fan-favorite. Because of this, few dare to cover the song themselves.

An Intoxicating Remake Of An Addicting Country Favorite

But the Voice viewers felt confident that Verna could tackle the challenge. Their thoughts were right on the money, as her performance ended up being one of the most memorable of the night.

Rather than change up the song’s original sound, Verna kept her remake close to it. After all, the fans chose the song for her since they felt her voice would be a natural fit for it.

That was the right thought, as the song gave Verna the perfect chance to showcase her voice. She placed her range on full display in her performance, singing down low and then jumping up high within the span of a few notes.

Overall, Verna’s smooth-as-honey performance ended up impressing the coaches and all who watched her. Thanks to the viewers who picked “Strawberry Wine” as her song, she delivered one of her best performances of the season.

Prepare to be intoxicated by Verna’s performance when you watch it below.