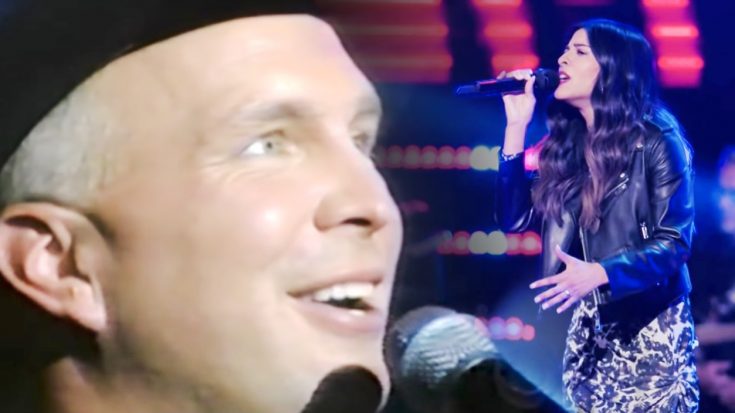 Blind Auditions on The Voice were winding down at the beginning of October 2019, which meant the coaches were getting pickier about whom they turn around for. Destiny Rayne, from Pearl Springs, Florida proved that she was good enough for two coaches to fight over her during her Blind Audition, which aired October 8, 2019.

John Legend and Gwen Stefani turned their chairs for her rendition “To Make You Feel My Love.”

Bob Dylan originally wrote “Make You Feel My Love” in 1997 for his album Time Out Of Mind, but it was actually first released commercially as a single by Billy Joel using the title “To My You Feel My Love.”

The next year, Garth Brooks released a version, using the title “To Make You Feel My Love,” and it appeared on the soundtrack for the film Hope Floats, as well as his Limited Series box set for his album Fresh Horses.

After singing the first lyric, Kelly Clarkson said, “Good song,” while the other coaches looked intrigued with what they were hearing. Once Destiny showed off a bit of her upper range, John Legend pressed his button and was quickly followed by Gwen Stefani.

During their pitches, Gwen and John each showed off their colorful outfits while complimenting Destiny, but in the end, the singer could only chose one coach.

Watch Destiny’s performance in the video below to see who she chose.