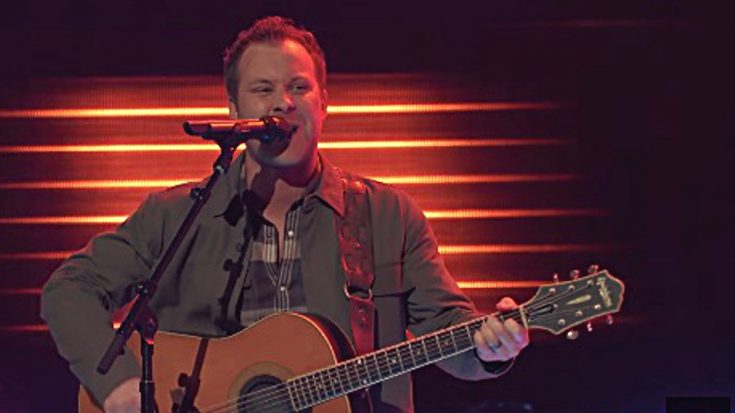 Every season of The Voice, we can always expect some friendly battles between Blake Shelton and Adam Levine. These fights usually occur when they both turn for a country singer, as Levine desperately tries to get the contestant on his team.

It’s always interesting to watch these fights unfold, because they don’t always have the conclusion you expect. Sometimes a hardcore country singer is so convinced by Levine’s argument that they end up choosing him over Shelton.

However, it seems most of the time these singers stick to their guns, and keep it country by choosing Shelton as their coach.

On Monday night (March 12) Voice viewers got the chance to watch one of these famous fights in action. This particular squabble took place thanks to a talented country singer named Bransen Ireland, who absolutely crushed a cover of Don Williams‘ “Tulsa Time.”

For a while, the coaches just sat back and enjoyed listening to Ireland’s performance. After they heard him belt out a few notes and show off some runs, Shelton and Levine decided to turn their chairs. Though Shelton went first, Levine wasn’t too far behind.

After he finished singing, Ireland briefly introduced himself before Levine stepped up to the plate. He structured a pretty convincing argument to get him to join his team:

“You’re singing a song that clearly states that you will not be on my team. But, if by some wild stretch of the imagination you had this awesome, kind of larger scheme planned where you wanted to shock the world and become instantly the most popular person on ‘The Voice’ basically based on your decision, then you’d go with me.”

It was also mentioned that as a country singer, Ireland would be a standout artist on Levine’s team, while he would be surrounded by a sea of similar artists on Shelton’s. This is something that Shelton recognized, but he said that it would be a benefit to Ireland, not a burden.

“If you step in this ring over here, it’s gonna be hard Bransen,” he said. “It’s gonna work your butt off. And hopefully it’s gonna make you a better singer at the end of the day.”

Ireland was left with a tough choice to make, but in the end, he chose the coach he said his kids would want him to pick. Check out the video of his audition below to see who that coach was!

We’re looking forward to hearing more from Bransen as The Voice continues this season!