Vince Gill’s Daughter, Jenny Gill Sings About Growing Up In Her Father’s Shadow 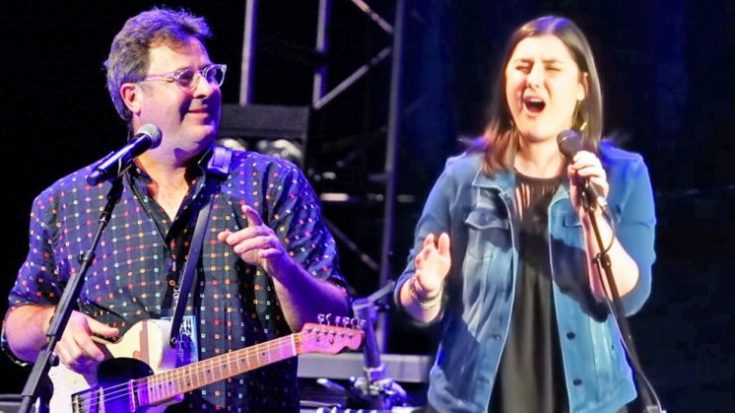 Growing up in the spotlight can’t always be easy.

For the daughter of country music legend, Vince Gill this rings true when it comes to starting a music career of her own. Jenny Gill is as creative as they come, and her song, “Your Shadow” reflects that.

Vince has come a long way from his days in the Pure Prairie League. With countless number one hits, a beautiful family, and decades of experience – Vince has proved himself to be one of country music’s best. Which is why it’s no surprise that his daughter would want to follow in her father’s footsteps.

If you’ve heard Jenny sing before, you know that the apple doesn’t fall far from the tree. She has a beautiful voice, filled with emotion, and a stage presence necessary for success. But that hasn’t always come easy for Jenny.

While on tour with her father, Jenny sang her song, “Your Shadow“ at the Ryman Auditorium. The song was written about what it was like growing up in her father’s shadow, as someone who wanted to pursue a music career of her own. She has since embraced her father’s star power and joined him on his 2015 tour full-time.

Watch her live performance of “Your Shadow“ below.