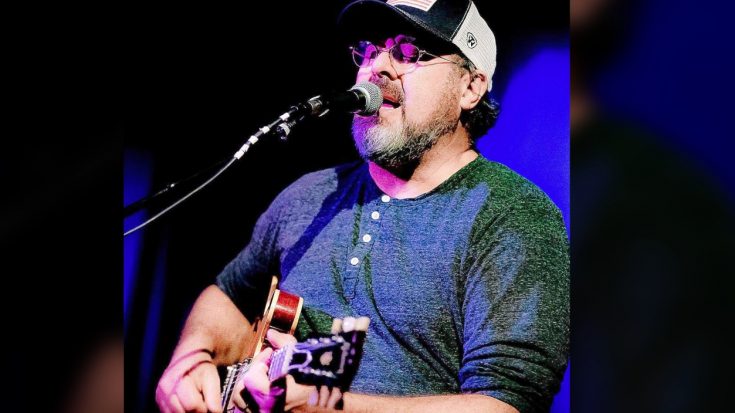 After Glenn Frey passed away in January 2016, fans of The Eagles were left wondering what the band would do moving forward.

Instead of hanging up their guitars, the band decided to continue performing with two new members, Glenn’s son Deacon Frey and Vince Gill, taking his place.

American Express Card Members can get #AmexPresale tickets now thru 8/25 for the newly announced Eagles date in Atlanta!…

Glenn sang lead on several of the Eagles’ songs including “Take It Easy,” “Peaceful Easy Feeling,” and “Lyin’ Eyes,” just to name a few, so the band had to re-work those. Deacon took over vocals on “Take It Easy” while the other songs were dispersed among the other band members.

Vince took over lead vocals on “Lyin’ Eyes” and his soft, tenor voice is perfect for it with Deacon, Don Henley, Joe Walsh, and Timothy B. Schmidt singing beautiful harmonies.

The Eagles set out on a massive tour in 2018 and recorded their set from The Forum in Los Angeles to turn it into a live album titled Live From the Forum MMXVIII, which is available now here. The concert film can also be streamed on the ESPN app.

During this concert, Gill took lead vocals on “Lyin’ Eyes” once again and the live version is incredible.

Watch a clip of him performing “Lyin’ Eyes.”

Listen to “Lyin' Eyes," from the forthcoming LIVE FROM THE FORUM MMXVIII. Available now at https://Rhino.lnk.to/lyineyeslftf

Posted by Eagles on Thursday, September 3, 2020

And listen to the full performance below.