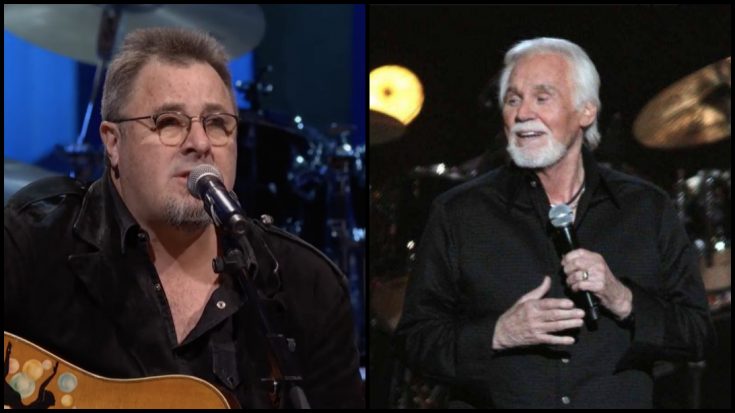 Country music legend Kenny Rogers died March 20, 2020, leaving a huge hole in the hearts of all who loved him and his music. The singer had a career that spanned more than six decades and he influenced many of today’s biggest stars.

Many of those took to social media to honor him. Some shared memories, some pictures, and others covers of his songs. Jake Owen, Dolly Parton, and Blake Shelton are just a few who posted a tribute to The Gambler.

One of my favorite songs of all time. Completely describes what it’s like being a musician. The late nights. The dreams. The woman standing beside you believing in you. What we all need more than anything. I’m sad to know Kenny has passed on, but can only strive to leave a legacy the way he did in this world.

You never know how much you love somebody until they’re gone. I’ve had so many wonderful years and wonderful times with my friend Kenny, but above all the music and the success I loved him as a wonderful man and a true friend. So you be safe with God and just know that I will always love you, dolly.

I can’t express on twitter the impact Kenny Rogers the artist and the man had on me. He was always very kind and fun to be around. Rest In Peace Gambler…

But, perhaps the most touching tribute came Saturday night from the Grand Ole Opry. The weekly Opry show, currently being performed in front of an empty Opry House due to the coronavirus pandemic, is being streamed online. The temporary new format is allowing the Opry to maintain its streak of never missing a Saturday night show.

During the event on March 21, 2020, Vince Gill took the stage to honor Kenny Rogers with a performance of the late singer’s 1977 single “Sweet Music Man.” Gill was joined by fellow country stars Marty Stuart and Brad Paisley who sang background vocals.  As Gill sang the familiar lyrics his voice cracked and he fought back tears as a photo of Kenny Rogers was displayed behind him.