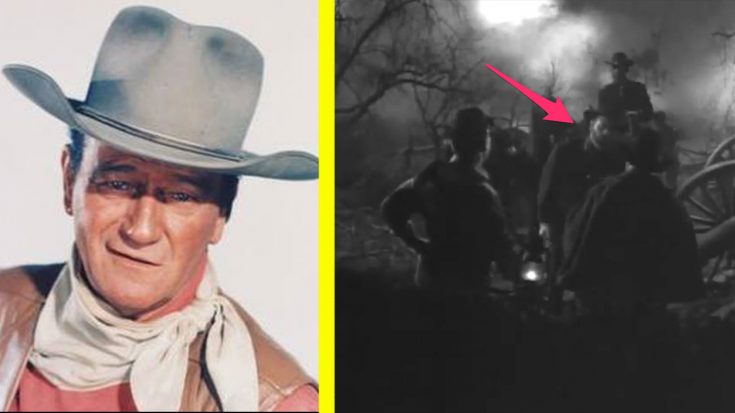 John Wayne is known for his dazzling career in films like The Man Who Shot Liberty Valance, Stagecoach, and True Grit. While movies were primarily where he was seen, the legendary actor also made occasional appearances on TV as well. Even though he was all over the film and TV industry, many fans of The Duke don’t even know he had a secret cameo in the iconic western series Wagon Train.

Wayne’s appearance on Wagon Train happens during the episode titled “The Colter Craven Story.” The cameo was so subtle that even on IMDb, he’s credited under the name “Michael Morris.”

This particular episode is all about how Major Seth Adams (played by Ward Bond) becomes a major. Bond was actually a longtime friend of The Duke and likely the reason he agreed to the cameo. During the episode, audiences can see Adams with General William Tecumseh Sherman after the battle of Shiloh.

The General appears in the scene wearing a full Union Army uniform while riding a horse. His beard, combined with standing in the shadows, makes it hard to discern who the actor is. However, when he dismounts and shakes Adams’s hand, Wayne’s signature rough, raspy voice is instantly recognizable.

Watch Wayne’s appearance in the video below.