Van Halen Parties It Up With Hank Jr. In “Bocephus” Music Video 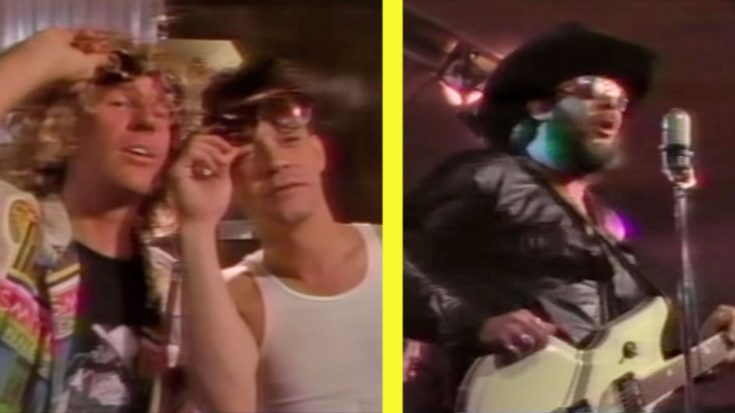 Van Halen is one of the greatest rock bands of all time, and many people are unaware they also had country connections. In fact, Van Halen assisted Hank Williams Jr. back in the day.

For Williams’ 1986 music video “My Name Is Bocephus,” the entire band of Van Halen is in the background.

As Sammy Hagar recalled in a Facebook post back in January of 2020, “Not a lot of people know that in 1986 Van Halen were part of a Hank Williams Jr music video. It was a cool tune and a crazy scene. Alex had just shaved his head, me and Mikey were shooting it like a cue ball – we all had a blast!”

Not a lot of people know that in 1986 Van Halen were part of a Hank Williams Jr music video. It was a cool tune and a…

The band members made their cameo in various crowd shots in a bar where everyone is wearing sunglasses and fake beards in order to look more like Williams.

According to the Van Halen News Desk, the group was invited to be a part of the video after Williams caught wind that they often referred to “Bocephus mode” as a call to party since they considered Williams to be the craziest person they knew.

Eddie Van Halen had been battling cancer for more than a decade and his health quickly declined over the last few days leading up to his death.

Passing away on October 6, 2020, the world lost a true legend and he will be greatly missed.

Watch Van Halen star in the video for “Bocephus” below.