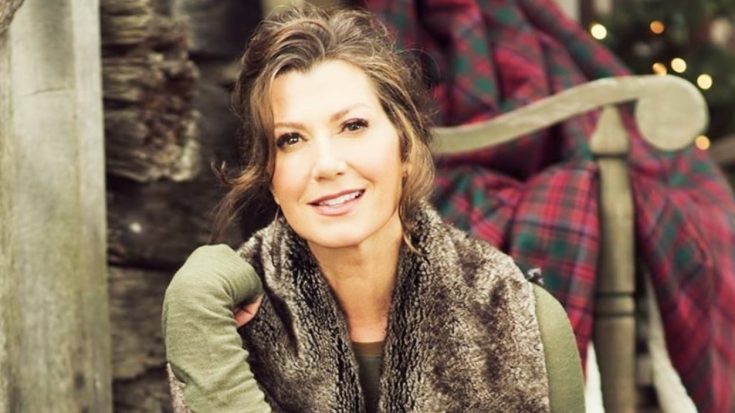 In February, Amy Grant informed her fans of some news she learned during a checkup with her doctor. Due to her dad’s heart history, her doctor, John Bright Cage, wanted to check on Amy’s heart health.

After going through a series of tests, Grant learned she has had a heart condition since birth. She told her fans she planned to take the summer off from touring and traveling in order to take care of her heart.

Since February is heart health awareness month, I want to send a shout out to my doctor, John Bright Cage. He suggested I have a check up because of my Dad’s heart history As always, I am feeling great, but the battery of tests he put me through show that I have had a heart condition since birth. The first good news is that I am completely asymptomatic. The second good news is that it’s fixable, so instead of concerts and camping trips this summer, I am going to take care of my heart. Are you taking care of yours?! Please do. xo, Amy #HeartHealth #PAPVR #EveryHeartbeat

Grant’s team took to her Facebook page to share she was having surgery and asked her fans to pray for a postive outcome.

From Team Amy – with all that is going on in our world that needs our collective prayer, please also join us in praying…

Those prayers were answered, as a few hours later Grant’s team was happy to report the surgery had been a success.

“Thank you for so many prayers today,” read the team’s statement on Grant’s Facebook page. “Amy is out of surgery and the doctor said it could not have gone better.”

Thank you for so many prayers today. Amy is out of surgery and the doctor said it could not have gone better. We would…

The team later followed up with an additional statement on Grant’s Instagram, saying the surgery “went well” and she is receiving quality care.

“…she is recovering in the care of a great team of doctors,” the statement read. Her team promised there will be “More updates to come.”

Thank you for all the prayers today! Amy's heart surgery went well and she is recovering in the care of a great team of doctors. More updates to come. #HeartHealth #PAPVR

“Amy’s open heart surgery went as perfectly as it could go!” Gill wrote. “She has a great team caring for her and I know she feels all your positivity!”

Gill said her stepmother’s road to recovery will be a “challenging” one, but she knows she’s up to the task. “…we know she will tough through,” she said.

Thank you for all the sweet messages. Amy’s open heart surgery went as perfectly as it could go! She has a great team caring for her and I know she feels all your positivity! Her recovery will be challenging but we know she will tough through. Thanks again for all your support! #papvr #amygrant #family #healing #positivity #strength

Gill ended her message by thanking everyone for showing support to her stepmother during this time.

We’re so relieved to hear that Grant’s surgery was a success. We’ll be praying for her continued health and healing in the days, weeks, and months to come.