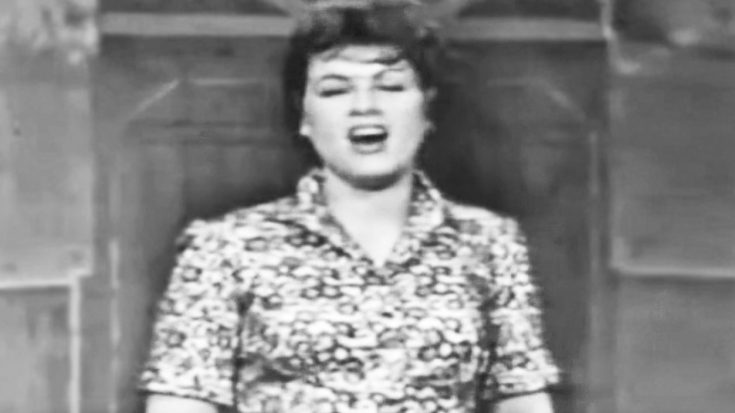 A Song That Goes Way Back

Few people know this, but Bob Wills‘ “San Antonio Rose” was originally an instrumental piece. The Western swing star and his band, the Texas Playboys, eventually added lyrics to the tune and retitled it “New San Antonio Rose.”

Over time, “San Antonio Rose” became known as Wills’ signature song. It remains popular today thanks to all of the artists who have covered the song in the years since its original release.

Some of the most famous covers of “San Antonio Rose” were recorded by famous pianist Floyd Cramer, Gene Autry, and Clint Eastwood.

Patsy Steps In To Lend A Female Voice

Another notable recording was completed by one of the brightest stars in country music history…Patsy Cline.

Cline included her rendition of “San Antonio Rose” on her second studio album, Showcase. Since her recording was never released as a single, it was something that only her most devoted fans knew about.

That all changed in 1985, when Cline’s recording of “San Antonio Rose” was featured on the soundtrack to the movie Sweet Dreams, which told the story of Cline’s life. The soundtrack recording featured Cline’s original vocals, but they were overdubbed on new instrumental parts.

If you want to hear Cline’s version of “San Antonio Rose” just as it sounded when she was alive, then look no further than the video below. This old-fashioned footage shows Cline performing the song during a televised appearance, and contains the original instrumental sounds.

But beyond that, the recording gives you the chance to watch Cline try out her yodeling skills. Yodeling isn’t easy by any means, but Cline made it appear as such with her effortless performance of “San Antonio Rose.”

Cline started off singing the song normally, with just tiny bits of yodel-like sounds thrown in for style. But she was a yodeling machine by the end of the song, adding a bit of style to most of the words.

As impressive as all of that is, just wait until she hits the final note. She holds that thing out for what seems like a decade, and yodels the whole way through it!

Go ahead and check out the video below to witness Cline’s extraordinary showcase of talent as she sings “San Antonio Rose.” There will never be another artist like her, that’s for sure.