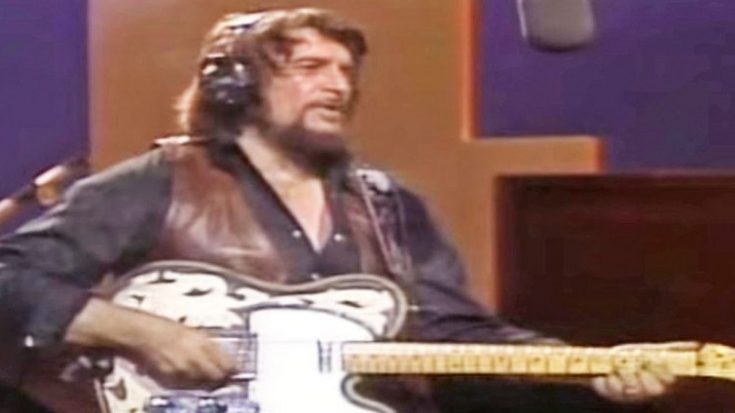 With dozens upon dozens of albums to his name, Waylon Jennings had no shortage of songs in his repertoire.

He wasn’t lacking hit singles either, and his big hits such as “I’m a Ramblin’ Man” and “Mammas Don’t Let Your Babies Grow Up to Be Cowboys” are considered to be some of the best songs in country music history.

But with such an extensive musical catalog, it was inevitable that some of Jennings’ songs would get lost with the passage of time. Such is especially the case for non-single tracks, which never got radio airplay and therefore were only known by those who purchased the album.

Do You Remember This Forgotten Song?

One of those tracks was “Nashville Wimmin,” which was included as the fourth track on Jennings’ chart-topping album Music Man.

It’s the same album that contained hit singles such as “Clyde” and “Good Ol’ Boys,” the theme song for The Dukes of Hazzard.

While those songs have managed to make history, “Nashville Wimmin” has remained a track that only Jennings’ most diehard fans remember. So that’s what makes the clip we’re about to show you a true treat for any country music enthusiast.

Uncovered footage from one of Jennings’ various TV appearances shows him singing “Nashville Wimmin.” Since the track wasn’t a single, it’s surprising that Jennings used air time to play it. Considering the fact that this is the only known footage of Jennings performing the song live, the clip is a true rarity.

Seated at center stage with his guitar in hand, Jennings crooned out “Nashville Wimmin” in his signature style. The song had Jennings’ distinct outlaw vibe, which was put on full display during his performance.

You can tell that Jennings poured a great deal of energy into his performance that day. That high energy is just one of the many factors that makes this clip so enjoyable to watch.

Go ahead and tune in below to catch this rare footage of Jennings singing “Nasvhille Wimmin.” Out of all of his other non-single tracks, which ones are your favorites? We’d love to hear from you!

Posted by Traditional Country Opry on Tuesday, May 16, 2017