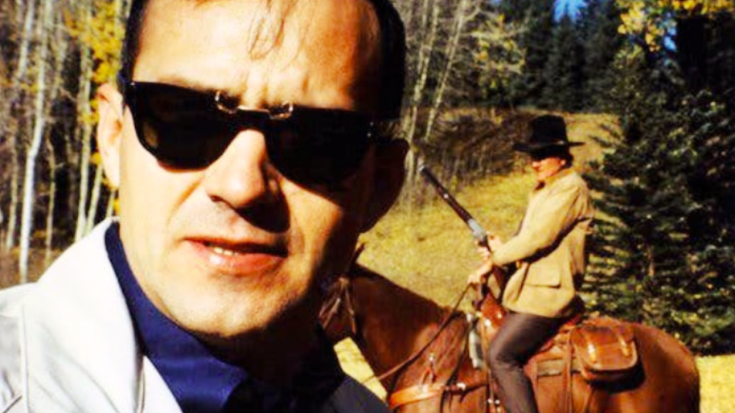 The world just lost one of its greatest authors.

Charles McColl Portis was born on December 28, 1933 in El Dorado, Arkansas. He went on to serve in the Marines during the Korean War, and became a sergeant.

Following his discharge in 1955, Portis attended the University of Arkansas in Fayetteville and graduated with a degree in journalism in 1958.

Portis’ career started out in journalism, with his first writing experience being for the university newspaper, Arkansas Traveler, and the Northwest Arkansas Times. After graduation, he moved to New York City, where he spent four years writing for the New York Herald Tribune.

“Writing is hard – it’s a form of punishment in school, and rightly so – and I stood paralyzed before all the different ways this simple message might be put.” – Charles Portis, Gringos. pic.twitter.com/GP5Ff5LmKE

In 1964, Portis decided to leave journalism behind so he could devote his time to writing fiction. His first novel, Norwood, was first published in 1966.

But it was Portis’ second novel that went on to become his most well-known.

First published in 1968, True Grit tells the story of a girl named Mattie Ross who is looking to avenge her father’s death and find his killer. She enlists the help of Deputy Marshal Rooster Cogburn to track down the killer, citing his “grit” as the reason why she trusts him with the task.

The year after its publication, True Grit‘s story played out on the silver screen in a movie that starred Western icon John Wayne as Rooster Cogburn. Wayne went on to win his first, and only, Academy Award for his role in the film.

Like the first True Grit movie, the new adaptation was met with high praise. Bridges and Steinfeld were both nominated for Academy Awards, and the film itself earned a nod in the Best Picture Category.

Cortis wrote three other novels after True Grit. They were The Dog of the South (1979), Masters of Atlantis (1985), and Gringos (1991). He also published one nonfiction work, 2012’s Escape Velocity: A Charles Portis Miscellany.

Despite his success and the worldwide recognition he received, Cortis chose to live out of the spotlight most of the time.

Arkansas Business quotes Portis’ obituary, which reads, “He shunned the spotlight, social events and self-promotion while quietly mentoring other writers who somehow managed to find him.”

Portis’ brother, Jonathan, told Arkansas Business that Portis had been diagnosed with Alzheimer’s/dementia in 2012. Jonathan confirmed the news of his brother’s death, saying he passed away on Monday (February 17) in Little Rock, Arkansas. He was 86.

His great-niece, Cora Ferguson, wrote a touching tribute to him on Twitter, saying she was “so lucky to have called him family.” You can read her tribute below.

My great uncle Charles Portis wrote iconic American literature and today seeing the outpouring of sympathies towards him has made me feel so lucky to have called him family. He was humble and reserved, and a veteran himself. I strive to be more like you uncle Buddy. ❤️ rest easy pic.twitter.com/gEpSL7a5nc

Portis’ family told Arkansas Business that his funeral will be held on Tuesday, February 25 in Little Rock. There will also be a graveside service with military honors at the Hamburg Cemetery in Hamburg.

Our thoughts and prayers go out to Portis’ family and loved ones during this sad time. May he rest in peace.