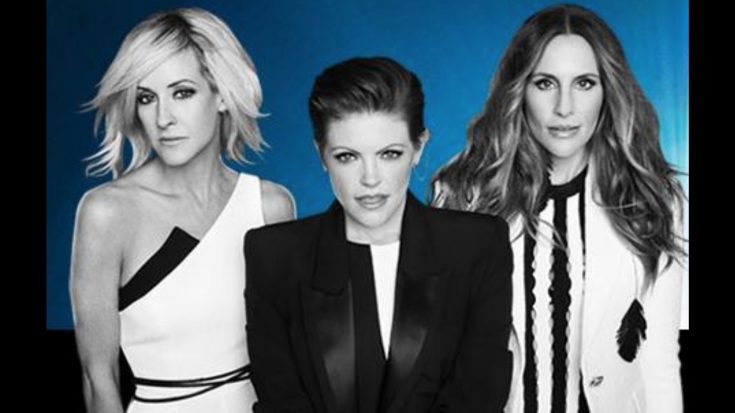 For more than a decade, the Dixie Chicks have refrained from releasing or even teasing any new music. But that all changed when a shockingly-long clip was posted to the lead singer’s social media.

Natalie Maines, the lead singer, recently has been going through a battle with her soon-to-be ex-husband, Adrian Pasdar. Through much of their legal paperwork, the new Dixie Chicks album has been mentioned several times – and that’s when fans first got a glimpse of what the focus of the music might be.

He is trying to block songs about him from the new Dixie Chicks album.

In documents obtained by The Blast on Yahoo! Entertainment in the fall of 2019, it appeared that Pasdar is stating their prenup provides him rights under its “confidentiality” clause. Because of this “confidentiality,” he is demanding the judge give him copies of all of Maines’ unreleased music – as it may contain sensitive information about him.

Well, it appears that not much came of that as Maines has shared a full 1-minute long clip of the Dixie Chicks’ newest song on her Instagram account.

Along with that, she also revealed the album name in a series of text messages that say the album will be called Gaslighter and is slated for release sometime in 2020.

The song itself sounds like it takes cues from the album name with a chorus of harmonies on the word “Gaslighter” – but she hasn’t confirmed the track title. It’s highly likely to be called “Gaslighter.”

The term “Gaslighting” is from the 1940s and talks about a form of manipulation and psychological trauma where someone is forced to question their own memory or judgment or perception after being targeted by someone else seeking to hide the truth.

It’s often used in terms of relationships when one person “gaslights” another and essentially makes them doubt themselves over issues within the relationship.

Based on Maines court documents in her divorce – it could be very possible that this is directed at her ex-husband…but that’s all speculation at this point.

See the full clip below.