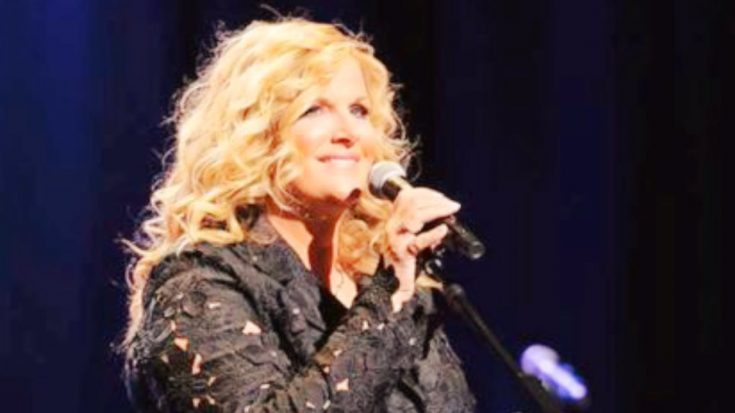 Trisha Yearwood has been hard at work lately! Just this year alone, she’s hosted tailgate parties at stops on husband Garth Brooks‘ Stadium Tour, released an album of Frank Sinatra covers, and kicked off a new season of her popular cooking show.

But Yearwood isn’t stopping there! She’s gearing up to release another new album later this year, and this one will feature all-new material.

Fans got their first taste of the album on Thursday (June 6) when Yearwood released its lead single, “Every Girl in This Town.” It is Yearwood’s first single in four years, with her last release being 2015’s “I Remember You.”

In a statement, Yearwood describes what the song is all about and why it spoke to her when she heard it.

“It’s an emotional song, because the lyrics remind me of that little girl who believed anything and everything was possible,” she said. “It’s something we all share in common, and I love being reminded it’s okay to just be me.”

The song encourages girls to chase their dreams, a message that Yearwood thinks is a powerful one to share.

“It inspires all of us to love who we are, keep dreaming, and give ourselves a break when we’re not perfect,” she said. “I hope fans see themselves in it too — I know I do. I also hope that boys and men think about their own ‘Every Girl’ and how special she is.”

JUST ANNOUNCED! I'm appearing at #CMAfest as the Artist of the Day on THURSDAY and launching my new single “Every Girl in This Town” #EveryGirl! Join me in supporting the @cmafoundation & their mission to shape the next generation through high quality music education. Tickets start at just $10: CMAfest.com #TBT

Yearwood also debuted a lyric video to accompany the song, which features various happy snapshots of women and girls along with many photos of Yearwood. Some of the photos she shared are real throwbacks, so be on the lookout for them!

You can tune in to Yearwood’s lyric video for her new song “Every Girl in This Town” below. It’s such an empowering song, and we hope it helps inspire you!