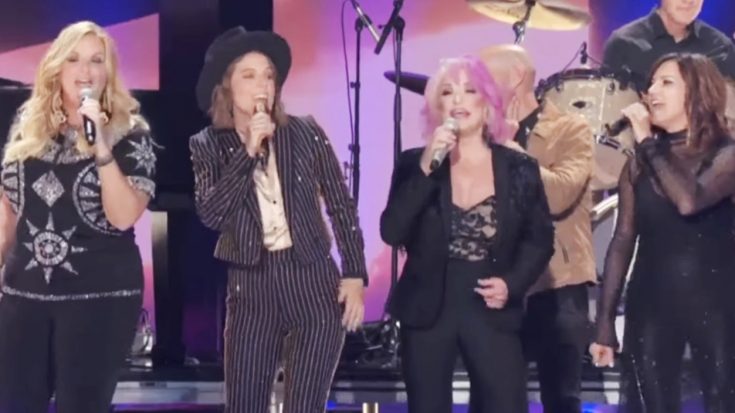 Back in April 2019, Brandi Carlile headlined an event for Thistle Farms and brought out a surprise guest – Tanya Tucker. During her introduction, Carlile called her “the great matriarch of country and western music.”

Carlile has always been vocal about her respect for the legend. During a sit down interview with actress Elizabeth Moss at SXSW in March, Carlile revealed that her favorite country song of all time is Tucker’s “Delta Dawn.”

“Tanya Tucker is punk rock. She’s had those moments in life and come through them…she’s probably one of my favorite country singers ever,” she said.

I knew my ears were ringin'! Thank you to Brandi Carlile and Elisabeth Moss for making a girl feel special. ?? #sxsw

The respect is mutual, seeing as Carlile co-produced Tucker’s upcoming album While I’m Living, along with Shooter Jennings. The two debuted the title track at Loretta Lynn’s All-Star Birthday Celebration on April 1, 2019.

Carlile and Tucker started the song off slow in wonderful harmony, each showcasing their stunning vocals.

The next chorus they were later joined by several powerful women in country including Martina McBride, Trisha Yearwood, Deana Carter, Lauren Alaina, RaeLyn, and Carly Pearce.

Their incredible performance earned them a well-deserved standing ovation from every single person in the audience. They definitely stole the show!