Trisha Yearwood Is Writing A 4th Cookbook, Hopes For 2021 Release 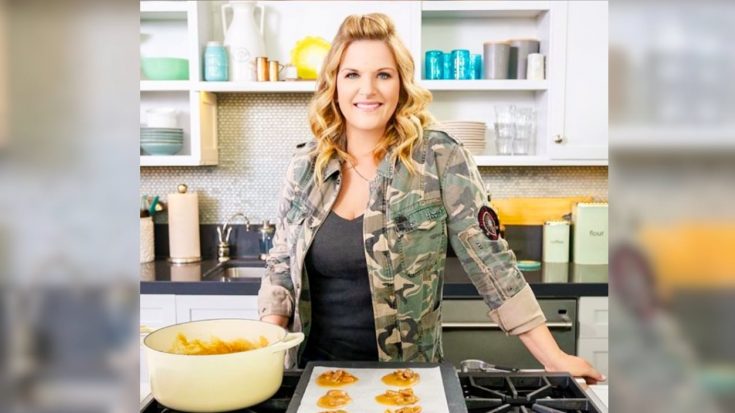 On top of being a country singer, Trisha Yearwood is also the host of her own cooking show, the Emmy-winning Trisha’s Southern Kitchen. The show has been on the air since 2012, and is one of the most-viewed programs on The Food Network.

But before Yearwood was a cooking show host, she was a cookbook author. Her first cookbook, Georgia Cooking in an Oklahoma Kitchen, was published in 2008.

Yearwood’s second cookbook, Home Cooking with Trisha Yearwood, followed in 2010. She then released a third cookbook, named after her TV show, in 2015

Five years have passed since Yearwood released her last cookbook, and fans were starting to wonder if she’d ever write another one. She finally answered those questions during an episode of her Facebook show Coffee Talk.

While chatting with her followers, Yearwood shared she is in the beginning stages of creating her next cookbook.

As for when fans can expect to see Yearwood’s newest collection of recipes on sale at their local bookstore, she says to look forward to 2021. “…[the book will] be hopefully coming out next year. And it’s been really fun. I’ve missed doing it,” she said.

When it comes to the types of recipes fans will be able to find in the book, Yearwood says this fourth installment in her line of cookbooks will be all about “comfort food.”

“I figured out that what we do is comfort food,” she said. “It’s not food that you should probably eat every day, but if you’re going to indulge, here’s how to do it. So that’s what we’re going with and I’m excited, I’m having a really good time.”

A book all about how to make indulgent comfort food? We’re excited for that too!

Even though Yearwood’s next cookbook won’t be here until 2021, you can still make some of her favorite recipes. Tune in to the clip below to learn how to make her tasty “un-fried” chicken, which is the perfect complement to mashed potatoes.

What are you hoping to see in Yearwood’s new cookbook? Appetizers, meals, desserts, or all of the above?