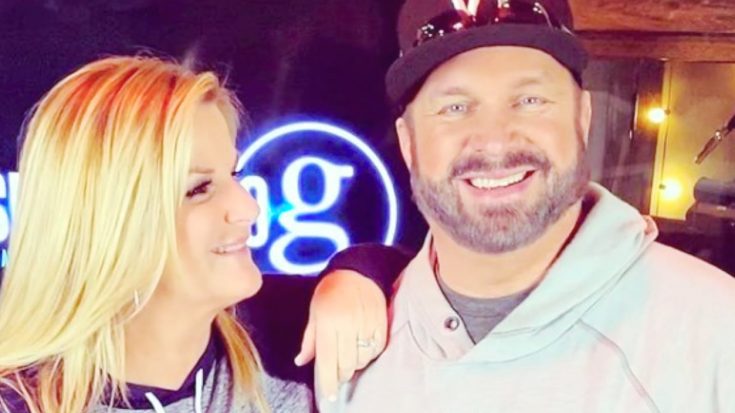 Trisha Yearwood is officially on the mend!

On February 11, Garth Brooks and Trisha Yearwood revealed that a member of their team had tested positive for COVID-19. The two singers entered quarantine and took COVID tests to find out if they had contracted the virus.

In a followup statement on February 24, Brooks shared that his tests came back negative, but said his wife tested positive.

At the time of the statement’s release, Brooks said Yearwood was already “diagnosed as ‘on her way out of the tunnel’ now.”

Yearwood remained silent on social media until Friday (March 5). She responded to a fan who Tweeted a video of her appearance in the TV show The Naked Truth in 1998. But she never addressed her COVID diagnosis.

She responded to another fan on Saturday (March 6), making people believe she must have been feeling better.

Finally, Yearwood shared a health update on Monday (March 8). She had lots of happy news to share…including the fact that she has now recovered from COVID!

“I got the official news that I am covid negative,” Yearwood said in a post on Facebook. She also said Brooks remained healthy:

“My incredible husband is literally Superman and never got covid – but still took all the precautions to keep everyone we know and love safe!“

On top of all of that, Yearwood was able to reveal the cover of her new cookbook, Trisha’s Kitchen. The new book will be available on September 28.

“Garth said, good news begets good news, let’s share it with the world today and spread the love!” Yearwood said at the end of her post.

You can read all of Yearwood’s good news below. We’re happy to hear she’s feeling better at last!

1) I got the official news that I am covid negative. Thank you all for your…