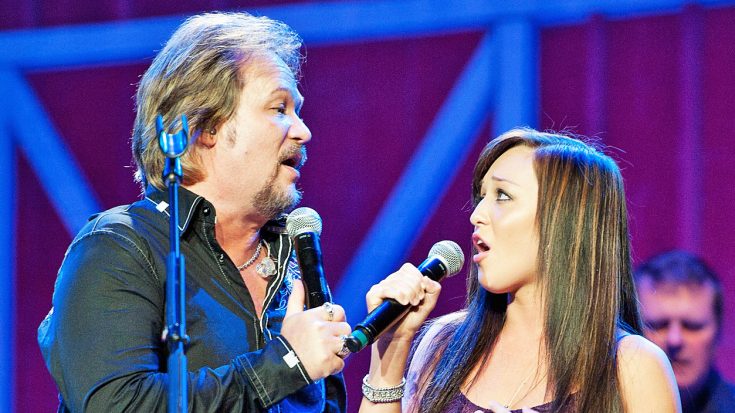 Over the course of country music history, there have been multiple power couples who have helped define the genre. These artists were already successful as individuals, but when they came together they created an unstoppable team.

Such couples were Johnny and June Carter Cash, George Jones and Tammy Wynette, and Waylon Jennings and Jessi Colter. In addition to working together behind the scenes, these couples would often pair up for duets, which were typically smash hits on the charts.

Back in 1981, Waylon and Jessi came together to create a duets album titled Leather & Lace. The album was a hit, and reached the 11th spot on the Billboard country albums chart.

Many of the tracks on the album were co-written or written entirely by Jessi, including the famous duet “Storms Never Last.”

Other than their rendition of “Suspicious Minds,” it would seem that “Storms Never Last” is Waylon and Jessi’s most well-known collaboration. The couple released the song as a single in 1981, and it reached the 17th spot on the Hot Country Songs chart.

An Old Duet Gets A Modern Revamp

The popularity of the duet has prompted other artists and fans to cover it as a tribute to one of country music’s strongest power couples. One of the best covers out there comes from none other than Waylon’s mentee and friend, Travis Tritt.

During his acoustic tour on the West Coast, Travis invited his then-19-year-old daughter Tyler Reese to sing “Storms Never Last” with him.

Tyler happily shared a short clip of their performance on her Facebook page, and described how much fun it was to sing with her father on his tour.

“I have never done an acoustic run with him before and it was a real treat for me,” she wrote.

The clip focuses primarily on the opening four lines of the song, which Travis and Tyler sing together in sweet harmony. Just before the clip cuts off, we get the chance to hear Tyler sing solo for a few lines before her dad jumps in to sing his own solo part.

Overall, this father-daughter duet is simply delightful. You can catch it by tuning in to the video below.

If you’d like to show your support for Tyler, you can do so by downloading her debut single, “Perfect,” by clicking this link here. She has a bright future ahead of her, that’s for sure!

“Storms Never Last” Waylon Jennings & Jessi Colter. I had so much fun singing with dad on his west Coast acoustic tour! I have never done an acoustic run with him before and it was a real treat for me❤️ hope it was the same for all you guys that came out!