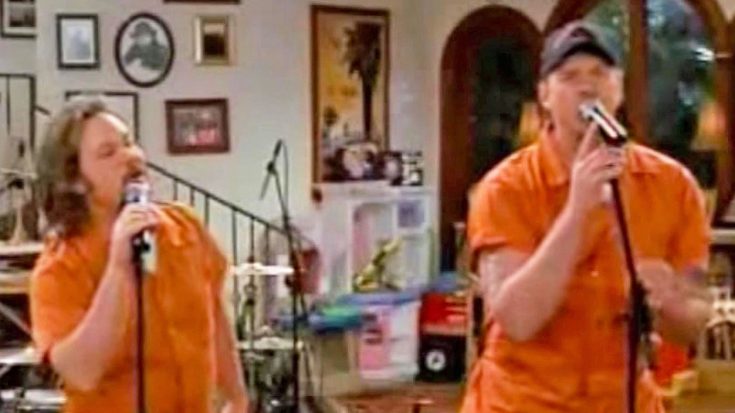 Elvis Presley has quite the catalog of hit songs, with one of his most memorable being “Jailhouse Rock.”

The fast-paced tune and Elvis’ performance of it in the film of the same name have inspired many to get up and dance.

How can you resist that groove?

Two such people who couldn’t help but dance to “Jailhouse Rock” were country superstars Trace Adkins and Travis Tritt.

Dressed in orange prison jumpsuits, these two outlaws joined forces to put on one jivin’ rendition of the Elvis classic.

Adkins and Tritt performed the song live on CBS, and looked like they were having the time of their lives in the process. Tritt started off singing first, and traded lines back and forth with Adkins throughout the song.

The main powerhouse moment came when the duo joined forces on the chorus. We can’t get over how good their voices sound together!

You won’t be able to resist Adkins and Tritt’s performance of “Jailhouse Rock,” especially once you see the dance moves Adkins throws in there. Tune in below to check it out!