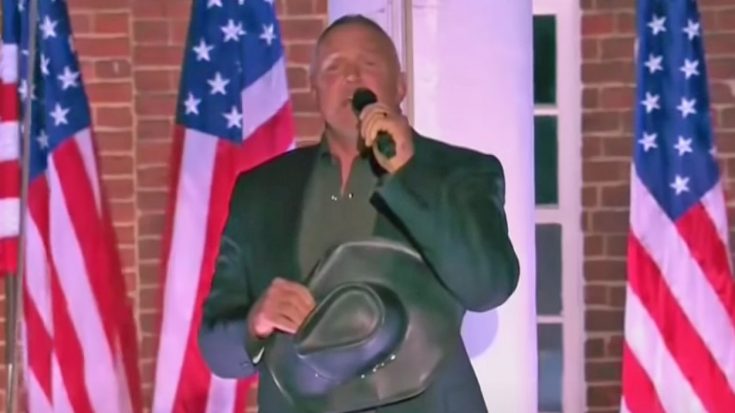 Trace Adkins has a long history of being a patriot so it comes as no surprise that he was selected to sing our national anthem at the Republican National Convention. The 3rd night of the convention took place at Fort McHenry in Maryland on August 26, 2020.

The country singer performed “The Star-Spangled Banner” at the site where the words to the song were written as the fort was under attack by the British Navy during the War of 1812.

Shown in the video was an American flag with 15 stars and 15 stripes. The 15 star flag flew over Fort McHenry during the War of 1812 and inspired Francis Scott Key to pen the national anthem, “The Star-Spangled Banner.”

This was Adkins’ second patriotic contribution this year. Earlier in March, 2020, Adkins performed his hit song “Still A Soldier” for the National Memorial Day Concert, which aired May 24, 2020, on PBS. With the White House as the backdrop behind Adkins, he sang every word with deep conviction in his voice while accompanied by the National Symphony Orchestra. The video that was aired also shows pictures of various military service members and acknowledges their sacrifice.

Watch Adkins performance of  “The Star Spangled Banner” in the video below.