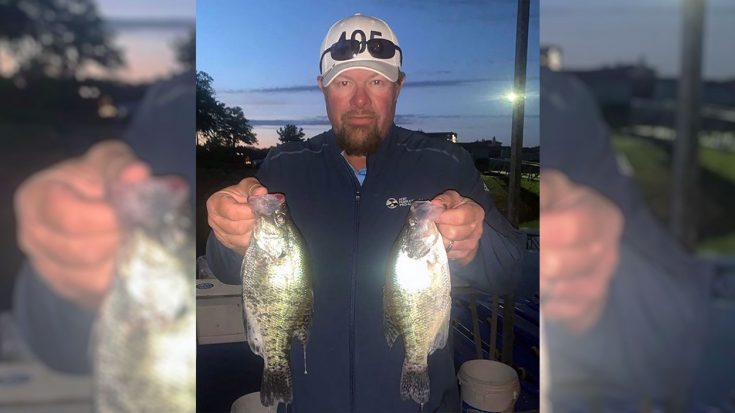 Toby Keith has been using his current downtime to get out on the water and fish. The country artist/angler took to Instagram to show off his latest catch.

On August 27, 2020, Keith posted a picture of himself holding up two crappie fish that he had caught. The caption read:

Toby's been spending some of his time off the road out on the water! How have you been spending this time? 📸: @owenwilliams_outdoors

What else has he been up to during quarantine? For a while Keith was quarantined down in Mexico and began to miss his guitar that he left back in Oklahoma. He discovered a furniture store that had guitars for sale so he bought one. He then began to create a collection of videos which he named the Furniture Store Guitar Sessions.

For one of his videos he did a throwback to his 12-track album, Honkytonk University. On the album, Keith was able to have Merle Haggard sing with him for the song “She Ain’t Hooked On Me No More.”

Toby recalled that when he finished writing the song he thought it sounded a lot like something Haggard would sing.

Listen to it below and see what you think!

Toby was honored to get to sing with his hero @merlehaggardofficial on “She Ain’t Hooked On Me No More”. The song was featured on his Honkytonk University album that just turned 15!