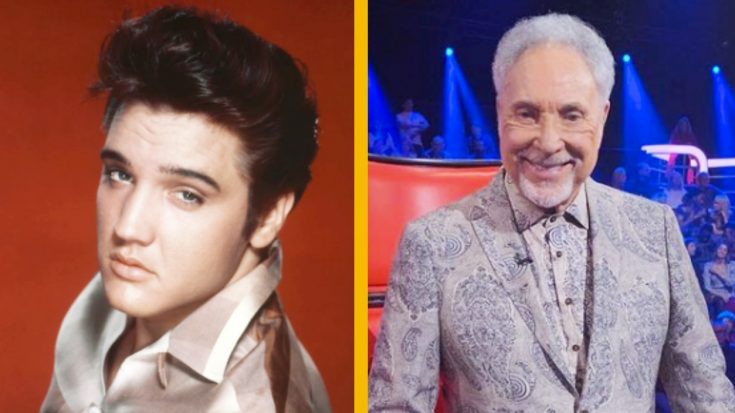 Sir Tom has earned three number-one singles and has sold more than 100 million records across the globe. The 80-year-old is also a judge on the ITV talent competition The Voice, and the star is knighted for his dedication to music. Sir Tom’s career has spanned more than half a century, and the Welsh singer has freely admitted that Elvis Presley was one of his influences.

In 1965, Sir Tom had the chance to meet Presley for the first time, and according to Hopkins, Sir Tom “panicked.” Sir Tom and Hopkins’ band were set to perform a show at the Flamingo club in Las Vegas, and Elvis was present in the audience. Hopkins recalled:

“He was sitting there, smoking a cheroot [cigar] – they must have crept in after the lights had gone down, so no one really knew they were there.”

The guitarist revealed that Sir Tom cheekily announced that Elvis was in the audience about halfway through the show. Once Sir Tim blew Elvis’ cover, screaming erupted, and the King stood up and took a bow. Hopkins stated:

In an interview on Conan, Sir Tom explained that Elvis later requested to meet him in Los Angeles, and the two became close friends. See the full confession in the video below.