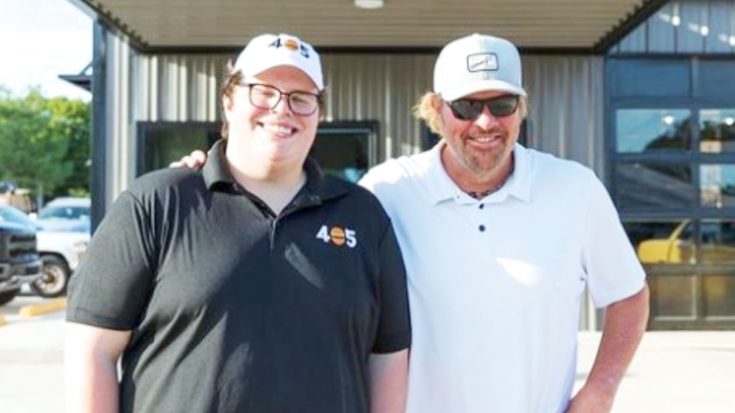 On Sunday (June 12), Toby Keith revealed he was diagnosed with stomach cancer in the fall. He kept the news private while he underwent various treatments.

Toby finally shared the news to let his fans know why he’ll be taking a step back from his career for the time being. In a statement he shared on social media, Toby said:

“Last fall I was diagnosed with stomach cancer. I’ve spent the last 6 months receiving chemo, radiation and surgery. So far, so good. I need time to breathe, recover and relax. I am looking forward to spending this time with my family. But I will see the fans sooner than later. I can’t wait. -T”

A day later (June 13), news broke that Toby has canceled all of his upcoming performances. Some of the affected shows include his June 17 concert at Naperville’s Ribfest and his July 28 performance at the Ohio State Fair.

Toby had some other shows on the books throughout the summer. But now, the “tour” page of his website is empty.

Our hearts go out to Toby Keith as he courageously battles cancer. Tickets purchased from Ticketmaster for his #ohiostatefair show on July 28, which has been cancelled, will be automatically refunded. Any information about an alternate concert on July 28 is forthcoming. https://t.co/Qi7rl0UagL

Toby and his family have received a wealth of support after he came forward with his diagnosis. His son, Stelen, took to social media to thank everyone for the kind messages they’ve sent to him and his dad.

Stelen is the youngest of Toby and his wife Tricia’s three children. Toby adopted Tricia’s daughter, Shelley, after they married in 1984. The couple welcomed another daughter, Krystal, in 1985. Stelen was born in 1997. He carries the last name “Covel,” which is Toby’s legal last name.

Stelen and his wife, Haley, shared a joint post thanking everyone for thinking of Toby during this time. Alongside a photo taken with his parents at his and Haley’s November 2021 wedding, Stelen wrote:

“Thank you to you all for the kind words and prayers regarding my dads announcement yesterday. He’s a fighter, has done all the measures to mitigate it and needs rest to get back to his self. Please keep the prayers flowing, but know this is all going to be in the rear view a short ways down the road.”

Stelen ended his message by writing, “God is great.” Look below to see his post.

We’ll be keeping Toby and his family in our prayers.