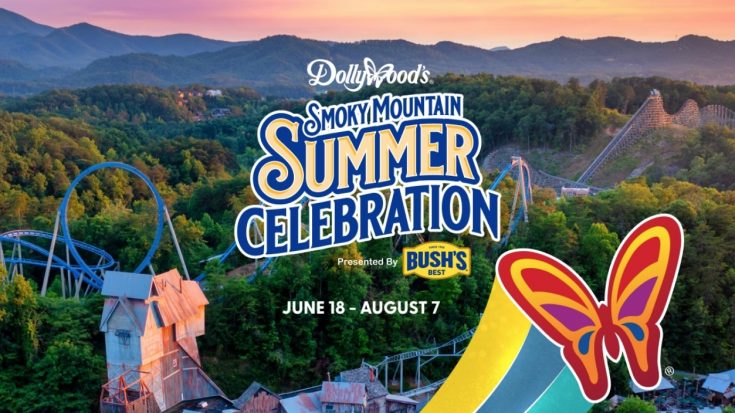 The big celebration doesn’t probably apply to Dollywood’s guests, who often come to the park to have a great time. Tripadvisor at the time said that Dolly Parton’s Tennessee theme park rose to the top, over places like Disney’s Magic Kingdom Park and Universal Studios Florida.

Tripadvisor said that the calculation was based on the reviews and ratings they received from travelers on Tripadvisor during a 12-month period from May 1, 2021, through April 30, 2022.

“I’m so proud of the work my people do to make Dollywood such a great place for families,” Dolly Parton said. “When I started dreaming up Dollywood all those years ago, I hoped it would be somewhere folks were excited to come visit and enjoy time together. To hear that they are leaving so many positive comments about their time here really shows what we’re doing is working. In the current world, I want Dollywood to be a place where the light shines every day.”

Eugene Naughton, President of The Dollywood Company, echoes the thoughts of the park’s Dreamer-in-Chief. “We’re working every single day to ensure our guests have the best possible time while they are with us,” explained Naughton. “This award is a little bit different because there is no voting factored into these rankings. The Tripadvisor rankings come from actual reviews left by guests about their time here with us at Dollywood. It is extremely gratifying to see this recognition for the effort our hosts give to ensure our guests have an unforgettable time while they are here.”

Dollywood spoke out and announced that they received several high-ranking accolades like being named in a three-way tie for NAPHA Favorite Theme Park of 2021 as well as the winner of 45 Golden Ticket Awards. Dollywood was also the recipient of the 28 Brass Ring Awards for Live Entertainment.

More On The Story Below