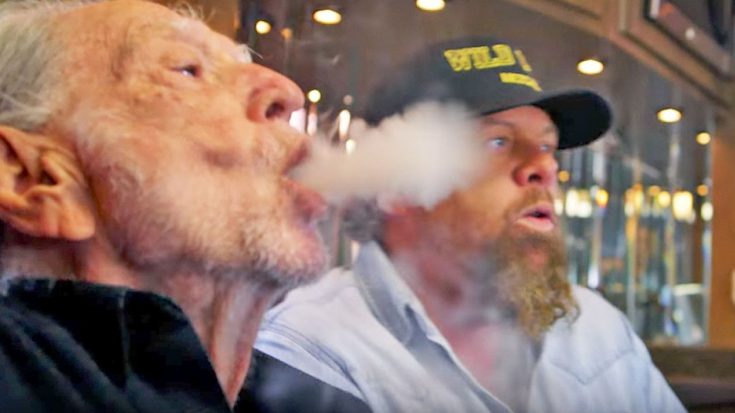 Looks like Toby Keith had a change of heart about never smoking “Weed With Willie Again!” Staying true to his gift of penning upbeat country songs with a speck of southern humor, Keith debuted his latest single “Wacky Tobaccy” dedicated to that infamous green plant, and who better to co-star in a music video for such a song than Willie Nelson?

“Wacky Tobaccy is a slogan, a saying that’s been around forever and no one has ever put it in a song,” Keith shared with The Music Universe.

He continued, “When we were working on it, somebody asked if the saying has ever been written in a song and I said, ‘no, but they will now.’ We recorded it and shot the video in Nashville. We got a cameo from Willie Nelson. We have a long-standing friendship. It’s fortunate that we got him. ‘Wacky Tobaccy’ is written to the screws, and it fits in with what we do every night with the party crowd.”

Having a change of heart since the release of his 2003 hit “I’ll Never Smoke Weed With Willie Again,” Keith invited the legendary country singer to kick back with him and his bandmates on his tour bus.

Keith filmed the hilarious music video on his tour bus with his fellow bandmates before the country music legend emerged from the bathroom surrounded by a cloud of smoke.

Nelson picked up his guitar and immediately started jamming out with the boys before the crew indulged in pizza and hot wings.

The country superstar cowrote “Wacky Tobaccy” with longtime collaborator Scotty Emerick in form of one of his “bus songs.”

You can watch the hilarious video below.