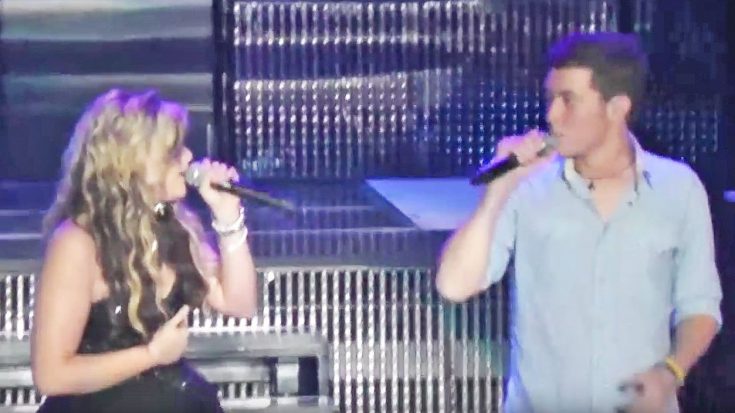 The lives of Scotty McCreery and Lauren Alaina became forever intertwined when they became the two youngest contestants on American Idol to face off in the final two of the competition back in 2011. While McCreery went on to be crowned the Season 10 champion, both country singers possess equally insane talent in their own right.

New to fame, the teens hit the road on the American Idols Live Tour in 2011, bringing the crowds to their feet night after night. Staying true to his tradition of performing classic country songs, McCreery kicked off a performance of Keith Whitley‘s “When You Say Nothing At All” before being joined on stage by Alaina, the two friends finishing out the remainder of the song as a duet.

“We went through something together with Idol that no one will ever truly understand,” McCreery said about his special friendship with Alaina according to Nash Country Daily.  “It was a blast and fun, but they definitely put us through the wringer, so to go through that with her, she’ll always be kind of a sister to me.”

“When You Say Nothing at All” was originally released by Whitley in 1988, going on to top the chart at number one.

Alison Krauss found similar success in 1995 when her version reached number three on the charts. She won the CMA Award for Single of the Year in 1995.

You can check out their duet below.