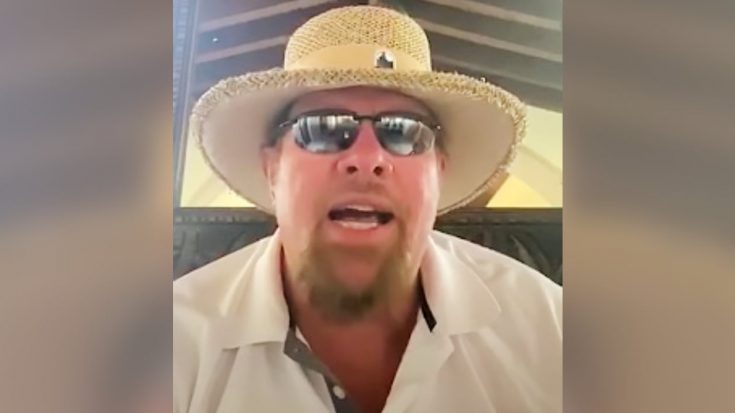 Country music lost one of its greatest vocalists on April 24, 2020. On that date, Harold Reid, the former bass singer and founding member of The Statler Brothers, passed away. He was 80 years old.

In addition to being an esteemed member of the country music community, Reid was also beloved by all who knew him. After he passed away, his fellow artists were understandably devastated.

One of the most touching tributes to Reid came from Reba McEntire, who honored him with a post on social media.

Other artists, such as Toby Keith, honored Reid with musical tributes. Keith chose to pay respect to Reid’s life and legacy by singing one of The Statler Brothers’ most recognizable songs…”Flowers on the Wall.”

“Flowers on the Wall” was released in 1965 and spent four weeks at the #2 slot on the Hot Country Singles chart. It was also a crossover success, and peaked #4 on the all-genre Billboard Hot 100.

Since “Flowers on the Wall” is such a notable piece of The Statler Brothers’ catalog, it was the perfect song for Keith to sing in tribute to Reid.

Keith delivered his cover from his vacation home in Mexico. He forgot to bring his guitar with him when went there, so he bought a cheap guitar from a local furniture store to sing “Flowers on the Wall” and other tunes.

Before singing, Keith made it clear how much respect he has for Reid. “We lost a good one,” Keith said. “...What a legend. Great guy, great entertainer, and great singer. What a career. Rest in peace Harold.”

Then, Keith moved in to his rendition of “Flowers on the Wall,” which was enjoyable to listen to. We have to give him some serious credit for singing with nothing more than the sound of that old furniture store guitar for support!

Tune in to the clip below to watch Keith honor Reid with his performance. As long as Keith and other artists keep sharing Reid’s songs, his legacy will live on.