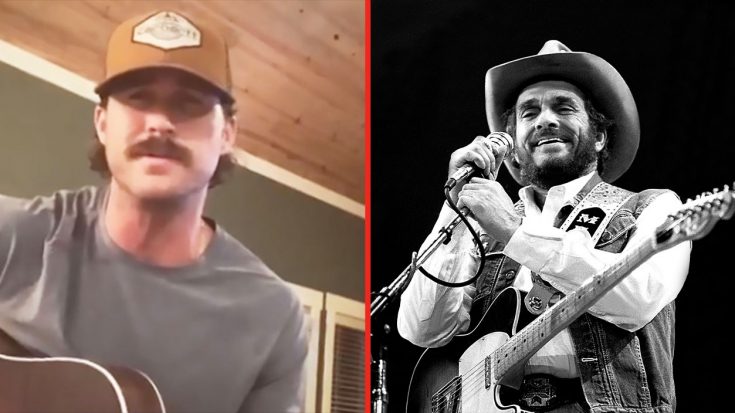 Time stuck in quarantine has provided many country artists the opportunity to change their hairstyle or their look. Whether it’s out of boredom or just for fun we’ve seen Blake Shelton bring back the mullet, Thomas Rhett lose the beard, and finally we have Riley Green with an impressive mustache performing a Merle Haggard song.

Green posted a video on his social media pages of him covering Merle Haggard’s “Are The Good Times Really Over?” and one thing is for certain – the time of good mustaches isn’t over.

Haggard released the song in 1981 on his album The Big City. It harkens back to a simpler time when Elvis was alive and a truck would last you for 10 years. Almost 40 years later, the lyrics of the song are still relevant for us today.

The song ends with a call to shape the future for better and ends with the words, “‘Cause the best of the free life is still yet to come, and the good times ain’t over for good.”

It’s possible that songs like this one have inspired Green to write his latest song, “Better Than Me.” While it hasn’t been released yet, Green posted a video of him performing it on YouTube.

Check out the video below to listen to it!