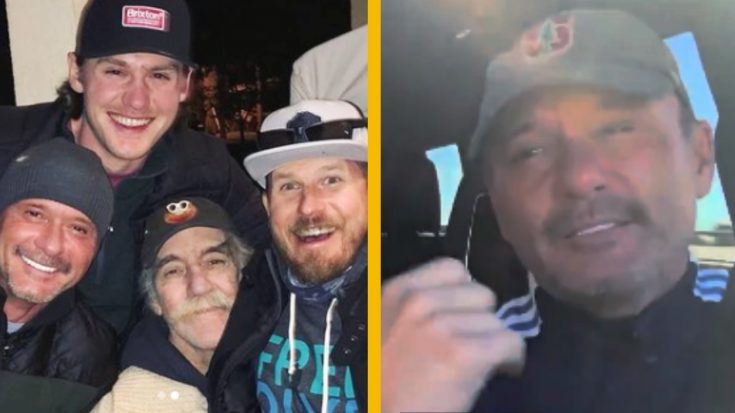 McGraw and his two brothers recently took a road trip to surprise their uncle in Napa. Fortunately for fans, the country crooner also shared a clip from the journey. In a video shared on Twitter, the country star and his brothers wore matching tracksuits and sang along to the Eagles hit “Hotel California.”

In the caption, McGraw revealed that his wife, Faith Hill, was responsible for the dress code coordination. On Twitter, the star wrote:

Of course, it appeared that the boys were having plenty of fun on the road trip. On Instagram, McGraw shared a similar video and included a family photo with Uncle Hank.

Swipe to see the family photo.

While McGraw complained that Instagram made him mute his karaoke session; however, the full clip can be heard loud and clear over Twitter. Listen to the brothers’ performance in the following video.

My brothers and I took a road trip to Napa to surprise our uncle Hank……
(@FaithHill got us track suits for the trip) 😉 @adidas pic.twitter.com/KElYnzZirx

This is not the first time McGraw has shared a clip of carpool karaoke with fans. Previously the star posted a clip of him and his daughter, Gracie, singing along to “What Kind Of Fool” by Barbara Streisand & Barry Gibb. See the duet below.