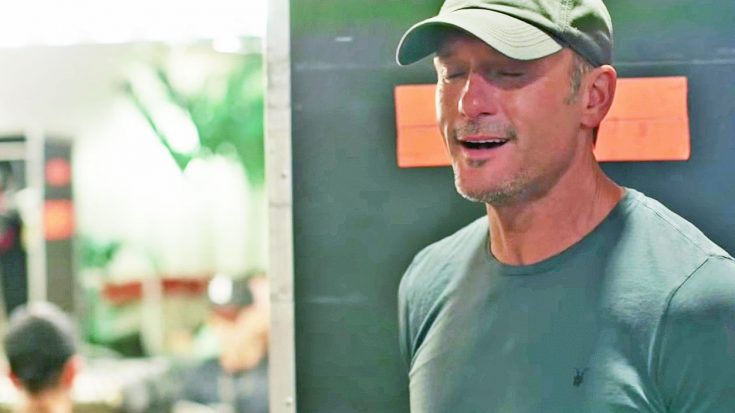 If you lived through the 80s you know how tough it can be to hold back from singing along when you hear, “Everybody needs a little time away…”

If you felt the need to chime in with, “I heard you say…” you’re not alone! Tim McGraw is a huge Chicago fan, and he proved it while hanging out with his band during a sleepy Sunday morning jam session, during which he belted Hard To Say I’m Sorry.

The song hit #1 in September of 1982. While it only held the top spot for two weeks, the song became an anthem among 80s music fans. And has stayed in the hearts of Americans forever…

For the many fans wondering what Chicago is up to now, good news — they’re still making music. In 2019, Chicago released a Christmas album, and they aren’t showing signs of slowing down.

While some members of the band have changed over the years, three of the originals — James Pankow, Lee Loughnane, and Robert Lamm remain.

Feeling the need to indulge in some more nostalgia? Check out Kelly Clarkson nailing the hit song with just as much ease as McGraw.

Tim and Kelly, if you happen to see this — your fans would love to hear a duet!