Laura Ingalls Wilder Only Had 1 Daughter: Here’s Her Life Story 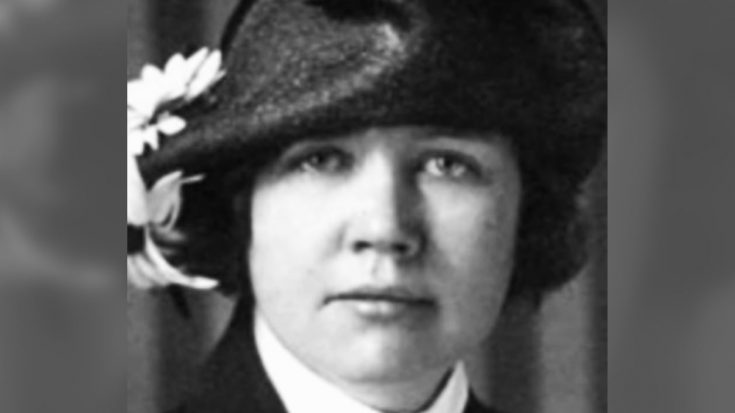 Laura Ingalls Wilder and her husband, Almanzo, only had one child who survived into adulthood. Her name was Rose Wilder Lane.

Rose Wilder Lane was born on December 5, 1886 in what is present day De Smet, South Dakota. She was Laura and Almanzo’s first child.

Three years after Rose was born, Laura gave birth to a baby boy. Sadly, he died just 12 days after birth, and did not have a name. His gravestone simply reads “Baby Son of A. J. Wilder.”

Laura and Almanzo never had any other children. On top of losing their son, Rose’s parents faced many hardships in the early years of her life. An illness left Almanzo unable to walk without the use of a cane, they had to deal with severe drought, and their home and barn were destroyed by fires.

After facing such a rough time, the family decided to move out of South Dakota. As Laura’s biography page on the official Little House Books website describes, they moved a few times before they found their permanent home:

“…[they] went east to Spring Valley, Minnesota, to live with Almanzo’s family. About a year later they moved south to Florida. But Laura did not like Florida, and the family returned to De Smet. In 1894, Laura, Almanzo, and Rose left De Smet for good and settled in Mansfield, Missouri.”

Rose was seven years old when she and her parents moved to Missouri. They built a home and established a farm they named Rocky Ridge Farm.

Rose graduated from high school at the top of her class, but did not attend college. An archived biography from the Herbert Hoover Presidential Library and Museum describes what Rose went on to accomplish in her adult life.

She started off by learning telegraphy, which allowed her to begin working as a telegraph operator in Kansas City , Missouri at the age of 17. She made $2.50 a week.

Then, like her parents before her, Rose got the itch to move out west. She moved to San Francisco, which is where she married real estate salesman Gillette Lane in 1909.

Shortly after they married, Rose became pregnant with a baby boy, but he died. She and Gillette never had any other children. Some of Rose’s letters indicate she had surgery that left her unable to get pregnant again. She shared her story in her letters as a way of showing sympathy to friends who also lost children.

Over the years, Rose and Gillette moved all over the country while working on various projects and businesses together. But Rose wasn’t happy in the marriage, and she and Gillette divorced in 1918.

It was actually Rose, not Laura, who first began working as a writer. She took several freelance jobs in the early years of her career, but landed her first solid position when she began working for the San Francisco Bulletin in 1915.

Some of Rose’s earliest works were biographies. She wrote about famous figures such as Charlie Chaplin, Henry Ford, and Herbert Hoover, hence why her legacy is so intertwined with his.

Today, we celebrate the birthday of Rose Wilder Lane, Laura Ingalls Wilder and Almanzo Wilder's daughter. She had an important role in the Little House books as she was her mother's editor. Rose also pursued a writing career & was a well-known author. https://t.co/gcENI4RW7q pic.twitter.com/hZXl8D65Sb

Rose traveled to Europe in 1920, which inspired her to write another book, The Peaks of Shala.

After she returned, she lived on her parents’ Rocky Ridge property. That’s when Rose encouraged Laura to share her life story through a book of her own:

“She also encouraged her mother to write, telling Laura that people all over the world truly would be interested in reading about what it was like to grow up on the American frontier,” Rose’s biography on the Little House Books website reads.

Laura’s first book, an autobiography called Pioneer Girl, was rejected by multiple publishers. So Laura rewrote the story, expanded on it, and turned it into a children’s book called Little House in the Big Woods. With Rose’s help, Laura went on to write a total of nine books in her Little House series, and became one of the most beloved authors in the world.

Rose continued writing while she helped Laura with her books. She released a fiction book, Let the Hurricane Roar, in 1932, otherwise known as The Young Pioneers. That book became a best seller, and inspired a TV series and two TV movies. Thanks to its success and the success of her other works, Rose was able to relocate to a property in Connecticut.

In later years, Rose turned back to her career in journalism. She was also known as one of the founders of the Libertarian movement, and was outspoken about political issues.

After Laura died in 1957, Rose inherited all the royalties she had earned from the Little House books. She enjoyed a comfortable life full of travel and adventure until her passing on October 30, 1968 at the age of 81. She was laid to rest next to her parents in Mansfield, Missouri.

Since Rose had no surviving children, her “adoptive” grandson Roger Lea MacBride inherited the rights to the Little House books. He went on to write a complete series of books about Rose’s life, known as The Rocky Ridge series. Roger was also responsible for co-creating the Little House on the Prairie TV series that began airing in 1974, furthering Laura and Rose’s legacies.

Rose Wilder Lane lived one extraordinary life. She enjoyed a fruitful career as a writer and journalist, watched her mother flourish as she shared her life story, and was able to travel to new and fascinating places. Although Rose was Laura and Almanzo’s only child who lived into adulthood, their story did not die with her.

Instead, it was partially because of her that people all over the world now know her mother’s name, and hers as well.

A post shared by Little House on the Prairie?? (@littlehouse1974)