Throwback: K.T. Oslin Sings “Face To Face” With Alabama In The 80s 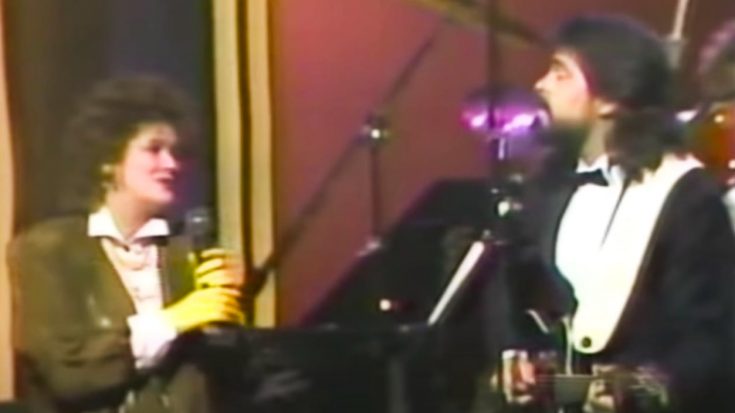 On December 21, country music singer/songwriter K.T. Oslin passed away at the age of 78. Her friends in the country music community were saddened by the news of her passing, including the members of Alabama.

Alabama’s lead singer, Randy Owen, shared a message in tribute to Oslin on the group’s social media pages. He wrote that the “80’s Ladies” singer “…was one of the most unique talented songwriters and singers in music.”

Owen closed his message by writing, “She will be missed. Rest in Peace, K.T.”

She was one of the most unique talented songwriters and singers in music. She will be missed. Rest in Peace, K.T.
-Randy Owen pic.twitter.com/PkB36Eg3EN

Alabama shares a special musical connection with Oslin. She was the featured artist on the group’s single “Face to Face,” which was released in December 1987.

The song went on to top the country charts in both the U.S. and Canada. In doing so, it became Alabama’s 22nd number one single.

Even though “Face to Face” was a huge hit, few people realize just how significant it is. It’s the only single Alabama has ever released that features a female vocalist.

In case you’re not familiar with “Face to Face,” or simply want to relive it, watch this video. It was filmed in 1988, and shows Alabama and Oslin singing “Face to Face” live during the 30th CMA Awards.

Oslin comes out on stage near the end of the performance, so be sure to watch the video the whole way through so you don’t miss her appearance.

You can also check out the clip below to listen to the song’s official audio.

Even though Oslin is gone, her legacy will live on through this song and the many others she left behind.