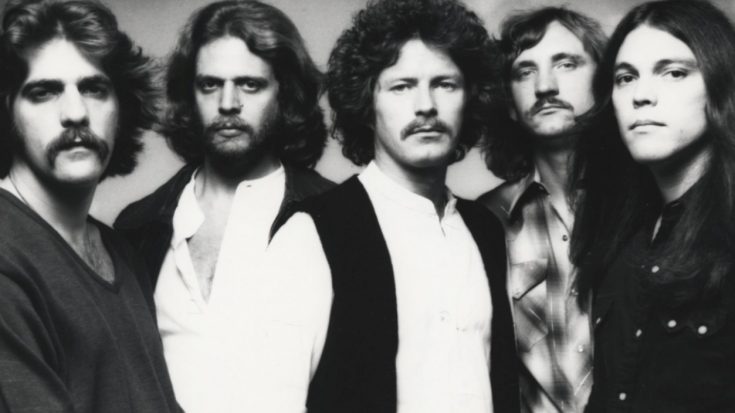 The rise of Eagles hit “Take It to the Limit” caused Randy Meisner to leave the band.

Meisner co-wrote the 1975 hit, which proved to be one of the most memorable songs for the band. Meisner’s falsetto vocals were so popular that the song became a peak point at shows. Unfortunately, Meisner did not like to be the center of attention, and he developed anxiety about live performances. In an interview with Rolling Stone, Meisner admitted:

“I was always kind of shy. They wanted me to stand in the middle of the stage to sing ‘Take It to the Limit,’ but I liked to be out of the spotlight.”

Tensions continued to rise after the band released the 1976 album, Hotel California. The record’s explosive success kept the Eagles on the road for more extended periods, and the tour began to impact Meisner’s health. At the time, his marriage was failing, and he began to struggle with road life temptations.

Meisner reached his boiling point in 1977 at a concert in Knoxville, Tennessee. Meisner recalled the moment in the 2004 Eagles biography To the Limit: The Untold Story of the Eagles.

“My ulcer was starting to act up, and I had a bad case of the flu as well. Still, we all sounded great on stage, the audience loved the show, and we were being called back for another encore. ‘No way,’ I said. I was too sick and generally fed up. I decided I wasn’t going back out.”

Meisner’s refusal caused a scuffle amongst the band members, and there were even punches thrown. Meisner played his last few tour dates with the band as an outsider, and he left the Eagles at the end of the tour.

Meisner eventually reunited with the Eagles when the band was inducted into the Rock and Roll Hall of Fame in 1998. Meisner walked his own path and continued to build a successful career recording both solo and with other groups.

You can listen to Meisner’s explanation for leaving the band in the video below.