This New, Beachy Twist On ‘The Gambler’ Is Unlike Anything You’ve Heard Before 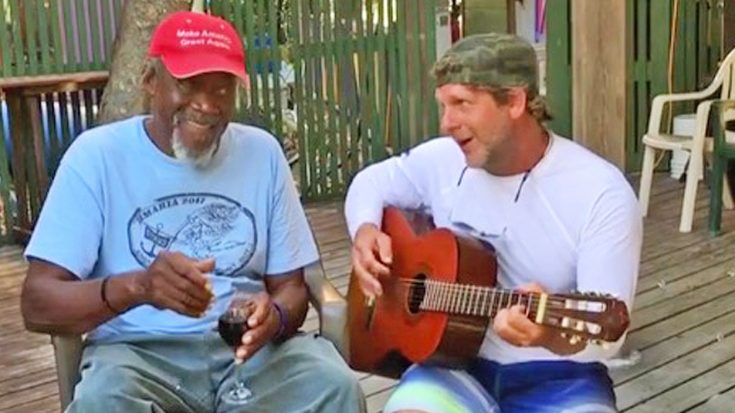 These days, when you think of the song “The Gambler,” Kenny Rogers is the artist who comes to mind. But few people realize that Rogers’ version is actually a cover!

Written by 2017 Country Music Hall of Fame inductee Don Schlitz when he was only 23 years old, “The Gambler” went unrecorded for two years before someone finally picked it up. Thanks to some encouragement from Shel Silverstein, Bobby Bare recorded it for his album Bare.

However, Bare’s version of the song failed to catch on, mainly because it was never released as a single. Schlitz followed up with his own rendition, as did some other artists, including Johnny Cash.

Finally, the song took off once Rogers released his recording in 1978. And by take off, we mean that it topped the Hot Country Songs chart and reached the 16th spot on the Billboard Hot 100.

After Rogers’ rendition was so successful, plenty of other singers followed suit and jumped to sing the song themselves. Just a select number of artists who have covered the song include Blake Shelton and Alvin and the Chipmunks. Of course, those are just known recorded renditions…that’s not even counting live performances!

One live cover of “The Gambler” offers up a new twist on the song that is unlike anything you’ve heard before. Ever wonder what a beachy, tropical rendition of the song would sound like? Well, that’s exactly what you get in this cover.

This brand-spanking-new rendition of “The Gambler” comes courtesy of country hitmaker Billy Currington. The “Must Be Doin’ Somethin’ Right” singer shared a short clip of him singing Rogers’ classic hit with a friend while visiting Foxy’s Bar in the Virgin Islands.

Currington played along on his acoustic guitar as he sang, which gave his performance its beachy tone. While he was the main one singing, his friend chimed in every now in then to sing a word or two. Instead of singing, Currington’s friend decided to get involved in the performance by making hand motions that illustrated the lyrics. He was clearly having a fun time!

You’re sure to get a kick out of watching Currington and his pal sing “The Gambler” in the clip below. It’s just a little tease, but it’s still enough to make us want to hear more!