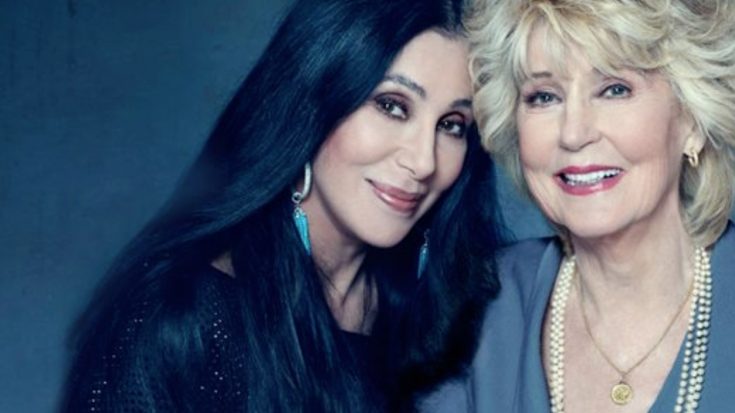 Everyone knows Cher – from her early days on variety television alongside the late Sonny Bono to her pop star success on the charts as one of the top-performing artists throughout the 80s, 90s, and 2000s.

But, not as many people know about her singer-songwriter mom, Georgia Holt.

Happy Birthday to the one and only Georgia Holt! Born on June 9 1926, @Cher's mom is turning 95 today! We love you and wish you all the best, Mama G! ❤??pic.twitter.com/7sdbLXPo8d

Georgia Holt turned 95 on June 9th, 2021 and she has had a full life filled with beautiful songs and music – but, surprisingly, her first and only album was just released a few years ago…when she was 86!

Holt grew up loving music and before she was even a teenager she was singing with Bob Wills and the Texas Playboys.

Holt gave birth to Cher at the age of 19 and mostly stayed out of the spotlight herself for decades.

Around the same time, Cher was at the top of the pop charts, Georgia Holt had gone into the studio seeking to craft her own album – a country album.

But, nobody would know about it for more than 30 years…

In 2013, Holt finally released her first (and only) album: Honky Tonk Woman. She was 86 years old at the time.

The album features 10 tracks of both old and new music, but all of it features a rich twangy sound that clearly shows the apple didn’t fall far from the tree!

Back in 1982, when Holt was recording most of the album, she worked with members from Elvis Presley’s former band…but as the years wore on and she had made the decision to release the album, her new musical director for the project added some new music behind her vocals.

The album features a mother-daughter duet between Holt and Cher on “I’m Just Your Yesterday” and Holt covers some famous country hits with her own rendition of Elvis’ “Love Me Tender” and Buck Owens’ “Cryin’ Time.”

See a performance from Cher and Georgia Holt on The Ellen Show below.