The 1973 Murders Of Stringbean & Estelle Akeman “Devastated” The Country Community 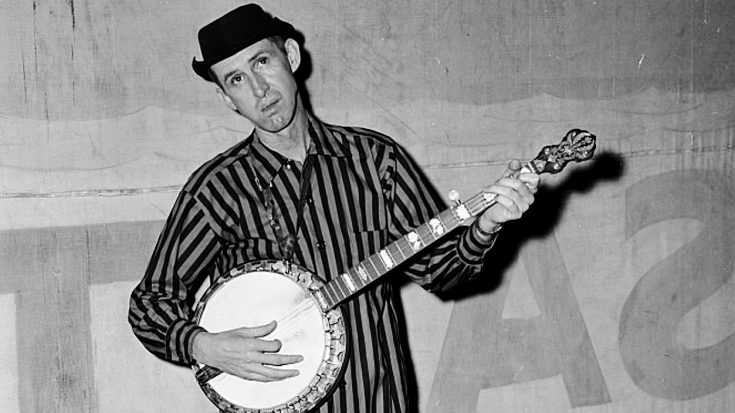 It Used To Seem So Safe & Wholesome

A large part of country music’s foundation is built on down-home values that many uphold. Country artists aimed to capture these values of small town and rural America, and in doing so, appealed to people who lived those sorts of lifestyles.

But country stars didn’t just sing about those values, they lived them. Back in the day, Nashville was the quintessential town, and with many country stars living there, they adopted its small town way of living.

Everyone felt safe in the city, even the rich and famous. It was an era when you didn’t need to worry about locking your doors and could trust every stranger as well as you could a best friend.

Or at least, that’s what they thought.

While Nashville had been a safe and welcoming place for its artists, one tragic event shattered that image in an instant. This event sparked fear in artists, as they realized for the first time that the world was changing, and things were never going to be as they were in the past.

David “Stringbean” Akeman was a man of many talents. He was a comedian, songwriter, singer, and baseball player. But he was most well-known for his banjo playing and his use of an “old-fashioned” picking style.

For decades, Stringbrean was one of the most well-respected members of the Nashville community. He was a frequent performer at the Opry, and eventually, became a member.

But his fame soared to a whole new height in 1969 when he began to star with his good friend Grandpa Jones on what was a new variety show at the time…Hee Haw. As you now know, Hee Haw was one of the most successful variety shows in history, running until the late 1990s.

Known For The Money

Despite his fame, Stringbean and his wife, Estelle, lived modestly. The couple resided in a tiny cabin in Goodlettsville, Tennessee, a town just outside of Nashville:

“They told us how safe and serene it was,” Steve Gibson, son of singer Curt Gibson, told The Tennessean in 2014. “We visited the place, and Estelle told my mother, ‘We could leave a bucket of money on our front porch and be gone on tour all summer, come back, and it’d still be here.’ She told my mother, ‘We’re so happy here, we want to live in this little cabin ’till the day we die.‘”

The Akemans would have had more than enough money to fill over a dozen buckets or more. This is something that was a well-known fact in the Nashville community, as everyone was aware that Stringbean often carried wads of $100 bills in his overalls:

“String flashed money, mostly to his friends,” musician Lester Armistead, who was also Stringbean’s friend and neighbor, told The Tennessean. “He was so happy that he was making a living playing a banjo and that he got to live on a farm, doing what he wanted.”

But Stringbean’s friends weren’t the only ones that knew he had money.

Two men with devious thoughts were also aware of his often talked-about stash, and wanted some for themselves. And they didn’t care how violent they had to get in order to take it.

After wrapping up a performance at the Grand Ole Opry on November 10, 1973, Stringbean and Estelle loaded up in their Cadillac and drove home. The two of them had a collective $5,332 stored in their clothing…Estelle in her bra and Stringbean in a special pocket inside his overalls.

When the couple arrived at the house, Stringbean instantly noticed that something was wrong. He took his pistol and went inside, where he was greeted by cousins John and Doug Brown, who had come to steal the Akemans’ storied stash of cash.

Stringbean tried to shoot the assailants, but was killed, while Estelle tried to making an escape down the road. She too, was killed, after John Brown shot her in the back of the head.

The Browns sped away with just $250 they found in Stringbean’s front overall pocket, Estelle’s purse, some guns, and one of the couple’s cars. They never did find the $5000+ that the Akemans had stashed away in their clothes…

The murders rocked the country music community to its core, as artists got a harsh reality check that their safe little town wasn’t so safe after all.

On this date in 1973, “Hee Haw” star and banjo player “Stringbean” Akeman and his wife, Estelle, were shot to death after returning home from his Grand Ole Opry appearance. https://t.co/x6K3QSTdpb

The Akemans’ murder and the subsequent murder of musician Jimmy Widener just a week later had artists rethinking how they handled themselves and security. For the first time artists started thinking about living in gated communities, hiring a team of people to protect them, and limiting their personal interactions with fans.

“For a year, I couldn’t hardly talk about it,” said Ramona Jones, wife of Grandpa Jones. “It was devastating. A sad time. A trying time. I don’t think you ever get over something like that. Our lives were never the same after that.”

And it’s true. Today, country stars are more careful than ever to make sure they and their families are safe.

No one wants to be too trusting, out of fear that the same thing that happened to Stringbean and Estelle could happen to them as well.