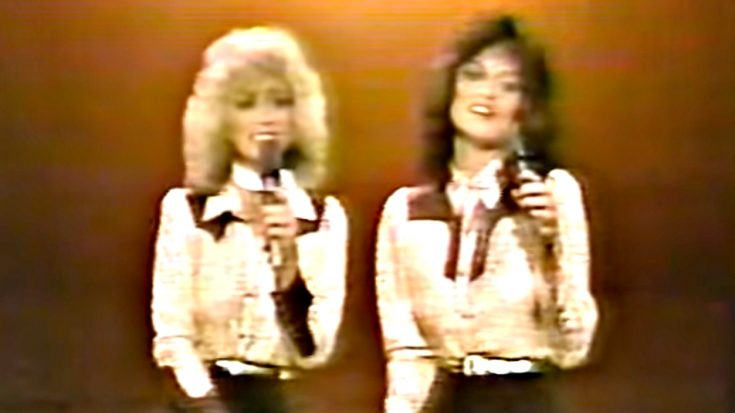 Chart-topping sisters Barbara Mandrell and Louise Mandrell take on Elvis Presley‘s most notable hits in a medley that got everyone’s feet moving.

38 years ago the variety TV series Barbara Mandrell and the Mandrell Sisters aired for the first time. Barbara hosted this Sid and Marty Krofft-produced show with her younger sisters, Louise and Irelene. #MusicIsLife pic.twitter.com/l1abX5cKoG

Throughout the bustling and energetic performance, they speak about his life in between bursts of songs and talking about some of the fondest memories.

“That song gave us an example of the warm, tender side of Elvis Presley. And he could sing as warm and tenderly as anybody.” Barbara notes of “Love Me Tender.”

Louise follows her sister’s lead acknowledging the impact he had on their childhood. “I guess we overlooked that side of Elvis because of some of the many great rhythm songs that he sang throughout his career, which became an important part of our growing up days.”

The sisters then break out into a mash-up of his toe-tapping hits like “Heartbreak Hotel,” “Jailhouse Rock,” “Hound Dog,” and more.

The Mandrell Sisters (Irlene, Louise and Barbara) with Dolly Parton on their country music-variety series in 1981. pic.twitter.com/TkNKd0NFYq

You can hear the audience getting excited and genuinely hoot’n hollerin’ while these sisters belt out The King of Rock and Roll’s super-hits.

Check out their amazing and incredibly energetic medley in the video below!