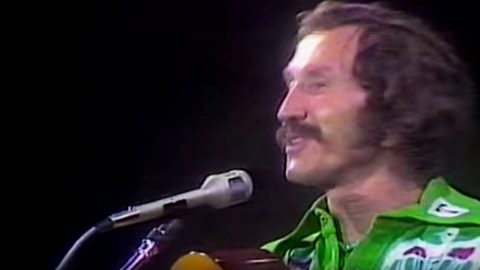 During a four-decade long career, Marty Robbins became one of the most well known and successful country western singers of all time. His legacy has continued through memory, but nothing can top the live footage that was captured during his time in the spotlight.

After serving in the U.S. military, Robbins began chasing his dreams in entertainment. Playing venues in his hometown of Phoenix, and hosting his own show before performing on the Grand Ole Opry stage. But Robbins wasn’t just musically talented, he was an avid race car driver and competed in 35 career NASCAR races with six top-10 finishes.

“El Paso” was perhaps one of Robbins most memorable western ballads, first released on Gunfighter Ballads and Trail Songs in 1959. The single hit #1 on both pop and country charts, and won the Grammy for Best Country Western Recording in 1961. As one of the Top 100 Western songs of all time, the chances are high that you’ve heard this catchy, Tex-Mex tune!