“The Lucy Show” Star Jimmy Garrett Has Died At Age 66 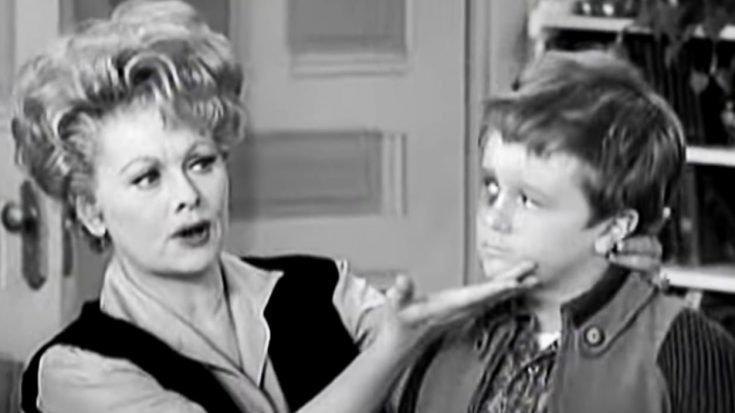 Following the massive success of her show I Love Lucy, Lucille Ball starred in another sitcom. Titled The Lucy Show, the program aired on CBS for six years (from 1962-1968).

Jimmy was born on September 23, 1954. The first episode of The Lucy Show aired when he was eight years old.

The young actor only appeared in four of the show’s six seasons. His character was written out of the series after that, with the story being that he went away to military school.

Jimmy had a few other roles after starring on The Lucy Show before he eventually transitioned to working on the business side of things. According to Forbes, he served “as an accountant for a number of different series.”

Sadly, Jimmy passed away on Friday (September 17) at the age of 66. Lucille Ball’s real-life daughter, Lucie Arnaz, shared the news of Jimmy’s death on social media:

“We lost one of our LUCY world family this week,” Lucie wrote. “James (Jimmy) Garrett passed away at age 66 in his home from complications of diabetes. Such a shame. He was wonderful as Jerry Carmichael, my mother’s son on The Lucy Show…“

Lucie expressed her condolences to Jimmy’s children, Amelie and Spencer, and his ex-wife, Laura Johansen. On her Facebook page, Lucie shared a lengthy tribute Laura wrote in Jimmy’s honor:

“We wanted you to know that Amelie & Spencer’s beloved father, Jimmy Garrett, has passed away very shockingly and unexpectedly a few days ago,” Laura said. “The children are so heartbroken and traumatised [sic] and are missing their Daddy so very much.”

Laura spoke about her ex-husband’s acting career and his time on The Lucy Show, saying, “His memories of being a child actor were always so insightful and wonderful.”

You can read Laura’s full tribute to Jimmy below. She also shared some photos of him from when he was on The Lucy Show, and you can see those in her post.

May Jimmy rest in peace. He’ll be so dearly missed.