The George Jones Museum To Be Converted Into Sports Bar 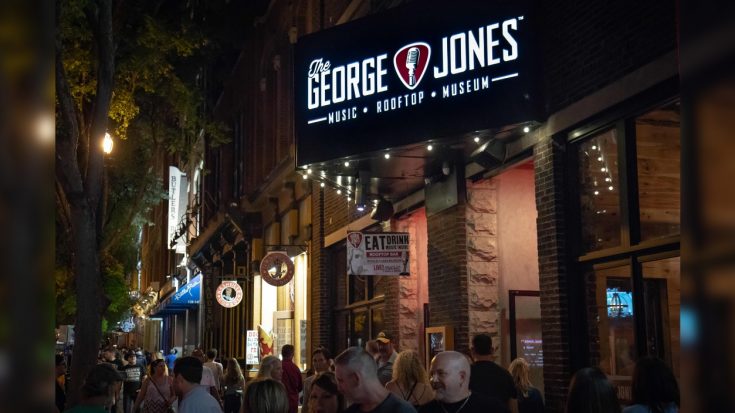 The former George Jones Museum, located in downtown Nashville on 128 Second Ave. N., is set to be converted into a brand new DraftKings Sports & Social bar and restaurant.

The museum, which was dedicated to country music legend George Jones, closed its doors in December of 2021 after a decline in attendance due to the pandemic and the Christmas Day bombing.

The building, which was once a symbol of Nashville’s rich music history, will now be transformed into a space for sports fans to gather and watch games.

The building permit said, “This project is an interior renovation/conversion of the George Jones Museum, restaurant, bar and event center that was permitted and constructed in 2015. The tenant fit-out will maintain the existing restaurant (level 1), event center (level 3), and rooftop bar (level 4) and convert the museum (level 2) into a bar/restaurant.”

The new sports bar will feature a wide variety of sports programming on multiple TVs while guests are serviced with food and drinks. Other amenities will also be arcade games, air hockey, bowling, self-betting terminals, traditional betting windows, and more.

The permit plans also states, “A portion of the lower level (the original museum offices) will be converted to a small bar on the ground level. The project includes work to all five levels of the existing building. The building envelope and structure will remain unchanged.”

The decision to convert the former museum into a sports bar was not an easy one. Many fans of George Jones and country music were disappointed to hear that the museum was closing, and some were upset at the idea of it being turned into a sports bar.

The George Jones Museum opened back in April 2015 and was a major tourist attraction housing memorabilia, including gold records, awards, stage costumes, and other personal items belonging to the country music legend.

According to a DraftKings press release from 2021, “the Sports & Social/DraftKings venues will be designed by ICRAVE, an internationally acclaimed award-winning strategy, design, and development firm, and promises to fill a niche by providing an upscale, premier sports and entertainment experience.”

Video Tour Of The Old George Jones Museum Below