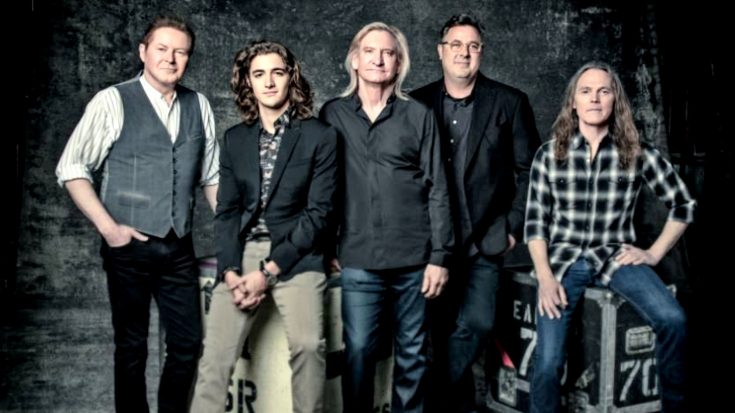 The historically-significant 1976 album from The Eagles will get an entire tour dedicated to the songs that have helped shape the culture of music across the world with a brand new 2020 tour – and it features new Eagles members, Vince Gill and Deacon Frey.

As Variety reports, this whole tour idea was preceded by a grouping of shows in Las Vegas in which they performed the Hotel California album in its entirety.

These Vegas shows were the first time the new group of members had performed the full album live – and also featured an expansive live orchestra and backing choir…two features that will carry over to the 12-date tour.

Vince Gill and the late Glenn Frey’s son, Deacon, were brought into the group following Frey’s passing in 2016.

The Hotel California 2020 Tour kicked off on February 7th, 2020 in Atlanta, Georgia and conclude on April 18th, in Inglewood, California.

Tickets first went on sale starting with a pre-sale on October 14th and are currently still on sale for the future tour dates listed below.

See the full list of tour dates below and let us know if you’ll be picking up tickets to see them!